This is in reply to WordPress’s Weekly Challenge. “Beyond” is this week’s word.

I know they say to just post one photo but I will have to post several. First, though, my take on “Beyond”. I have traveled this week to the U.K. for a specific reason and it truly is a look beyond. When you watch your favourite show on television, you know it’s filmed on a studio set, or it could be filmed on a set constructed outdoors specifically for that show. They may also add in real locations from a city or other area. You don’t really see what’s beyond your screen, though, what it really looks like.

This week, I get to see beyond the screen with a special tour of the television studios where my favourite tv show is filmed in Manchester. It’s Coronation Street and it’s filmed at Granada Studios (now ITV). The show has been on the air for 52 years and holds the record for longest current television show. I was part of a group who got to visit both the constructed set of the neighbourhood used for outside filming as well as some of the studio sets for the interior filming.

The iconic pub of Coronation Street, the Rovers Return. on the outdoor set.

Inside the open door, but from the inside set you wouldn’t walk into a wall like this.

What’s inside the building.

What the actual pub set looks like. You can see the door in the back and can compare it to what we saw through the door above on the outdoor building. You don’t usually see in through the door from the outside on film, anyway.

The “Street” is 2/3 the size of a real street due to size constraints so they use creative camera angles to give the impression of a full size street and buildings. The actors have to walk slower, too, to give the impression of a longer street. The buildings are mere shells, with very little inside aside from storage and a few props so that filming from the outside through doors and windows will be consistent with what you might see on the inside set.

The studio sets are amazing. There is so much detail that you never really notice watching on screen because you mostly focus on the actors rather than the background but it’s all designed to give you the whole story of the character that owns that room. They also do little things like when there has been a house or business that has had a fire, when they redecorate it, something is painted orange. It might be a staircase in a factory or a sign on a door but it’s there. 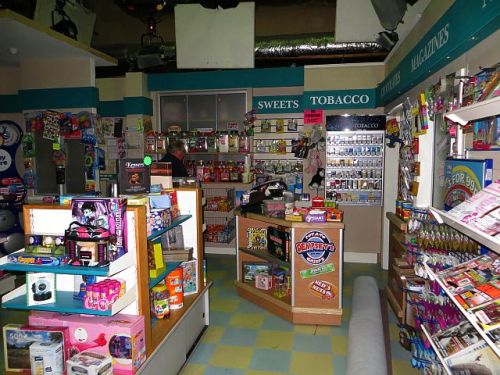 The Kabin, which is the corner shop, “dressed” and ready for filming. 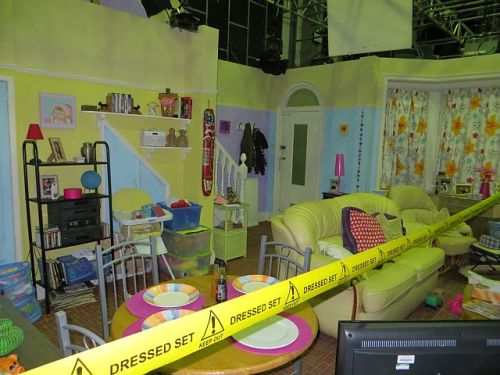 Another set ready and lit for filming

This is the “Barlow” set. There is a piece of furniture in this room that’s been part of this room since 1960, from the very first episode.

We were escorted by the studio liason officer who had so much behind the scenes information that there is too much to write here but one other insight is that the boss/owner of the local underwear factory, which is called Underworld, is always a baddie or at least, not very sympathetic. Thus the business name. The devil comes from the Underworld.

It’s a fan dream come true to see behind the scenes and beyond the screens we watch every episode and I will be watching for all these little touches that much closer.

For all you Coronation Street fans, a bit more about the day here, with a link to more photos.

From behind the camera 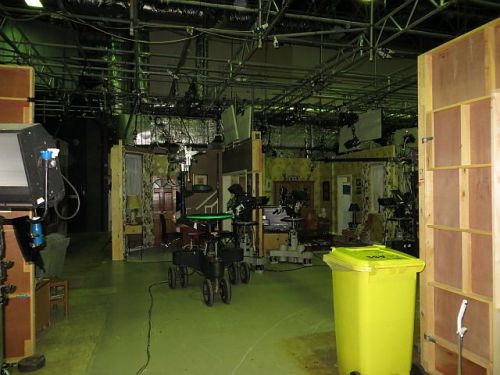 6 thoughts on “Weekly Photo Challenge – Beyond”