In Bruges came out in 2008 to a lot of critical acclaim. It’s a really good movie, too, deserving of it’s praise and it’s a wonderful movie to see what the medieval city of Bruges looks like.  It stars Colin Farrell as Ray and Brendan Gleeson as Ken.

A hit man (Ray) was sent to take out a priest but in the process, it all goes horribly wrong when he accidentally kills a child. He has to get out of London while the heat cools down and is told to go to Bruges. He’s accompanied by a companion, a “watcher” to keep an eye on him and maybe,  ultimately, to kill him. They have to spend as much as two weeks together in a pokey twin room and have to make the best of it, “quietly sightsee”,  while they wait for instructions from their boss, Harry, played by Ralph Fiennes.

Ray isn’t dealing well with what he’s done to the little boy. His sense of humour is black and grim and is the only thing that’s holding him together for now. There’s really quite a lot of funny moments and lines in the movie even though it’s also quite dark.  Because it’s set in winter, the streets aren’t wall to wall with tourists like it usually is.

Bruges is every bit as much a start of the movie as the actors. We get to go on their sightseeing journeys with them. We get to see Bruges in winter, the quiet, deserted streets of night and in the daytime. They take a canal boat on the still waters to see the city from the water level. Ray is less than impressed and can’t wait to get back to London. We get to see the beautiful churches and museums, the exquisite art and architecture and hear lots of tidbits of history.

Ken finds the city fascinating and wastes no time climbing up the bell towers for views over the beautiful canals and buildings but he’s also got to deal with Ray who is a bit of a loose canon and not very politically correct. They encounter a film set at night and Ray meets a girl, Chloe. There’s always a girl, and she’s not what she first appears to be.  In fact, she’s got a bit more in common with Ray than you’d think.

I went to Bruges on a day trip from Amsterdam a few years ago.  The sun shone, the canals were blue as the sky. We went on a canal cruise and we explored a few churches and tried the mussels and Belgian beer.  It’s a beautiful city and would be even nicer at night when all the hustle and bustle has died down.

Here’s a few of my own photos from that trip:

Cruising the canals of Bruges 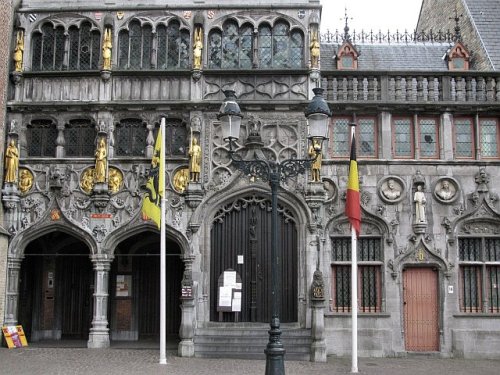 The Basilica of the Holy Blood 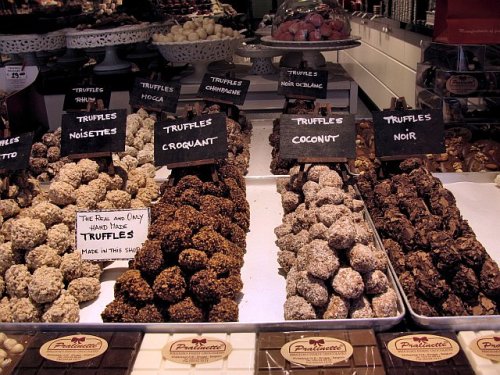 It’s all about chocolate in Belgium

5 thoughts on “Traveling through the movies – In Bruges”