It’s that time of the week again when Sue at A Word in Your Ear posts a random word for a photo challenge. I can almost never pick just one photo and this is no different. This week’s challenge word is “Traditional”.

I’m lucky to live in a city with lots of history. We are a sea port and Halifax was founded as a military establishment originally. We have a citadel fort on a hill overlooking the city, the fourth structure on that spot since the city was founded in 1749 but it has never fired a gun in aggression or defence.

There is a tradition of firing the gun off at noon every day, though. You could set your watch by it! The fort also has a regiment of infantry foot, a reenactment group representing the original regiment stationed at the fort in 1869 – 1871. They are the 78th Highlanders and there is also a pipe and drum band for the 78th as well. If you visit the Citadel you can see the infantry drills and hear the music of the pipes and drums.

Another tradition that is still kept is a ceremony every summer in front of City Hall, on the spot that has long been a Grand Parade Square (though much smaller than it was when the city was founded). The 78th Highlanders are ceremonially given the Freedom of the City by proclamation of the Mayor. They march from the Citadel down the hill to the parade square for a public ceremony. That’s pretty interesting to watch, as well.

For a number of years, there were Highland Games held in Halifax though they haven’t been held for the last few years. Lack of funding, I fear. Highland Games are a very long standing tradition in Scotland and are also held other places around the world. In addition to the games themselves, you would see music, traditional folk dancing and see lots of booths and displays from the various clans. The town of Antigonish in Nova Scotia still does have a weekend long Highland Games festival and one of these years, I’m going to go.

Here are some photos of local Highland Games and the 78th Highlanders. There’s a video of them in drill formation here.  And there’s a video of one of the participants tossing a caber here. It’s quite something to see. 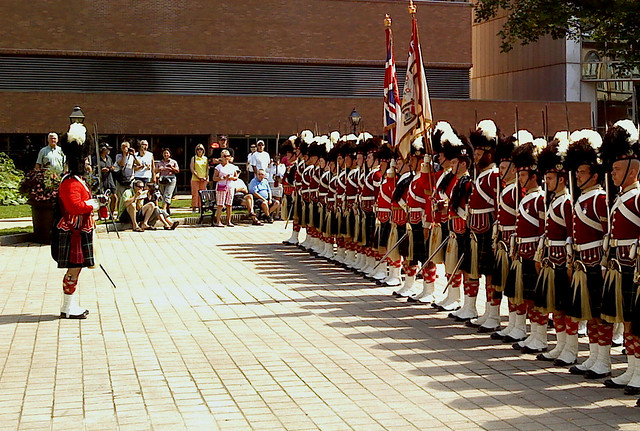 Freedom of the City for the 78th Highlanders 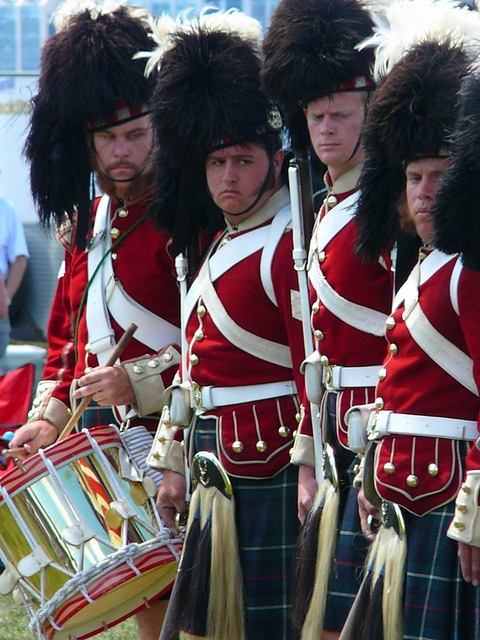 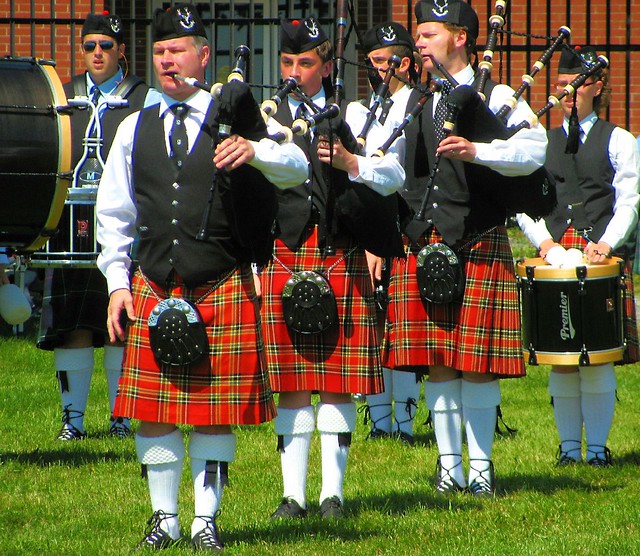 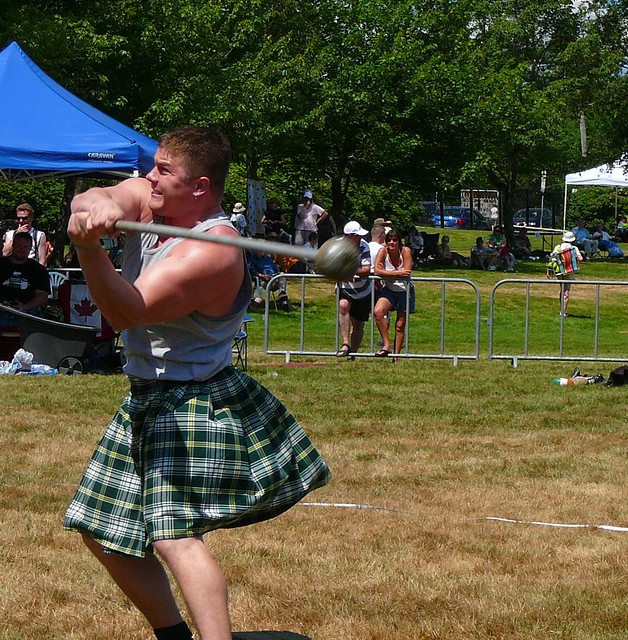 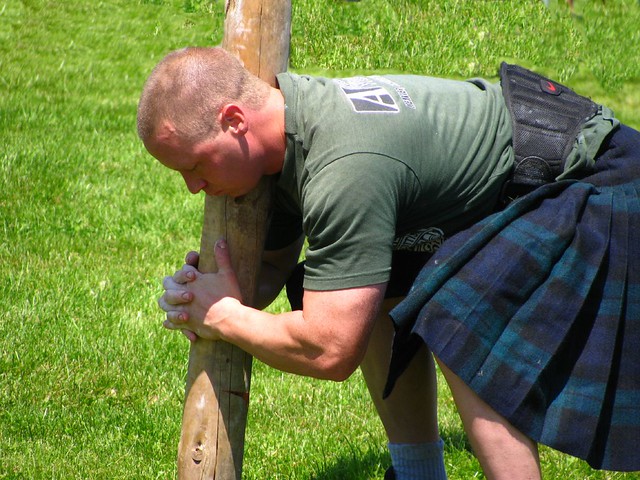 Getting ready to toss the caber, a long pole that has to be thrown end over end in a straight line 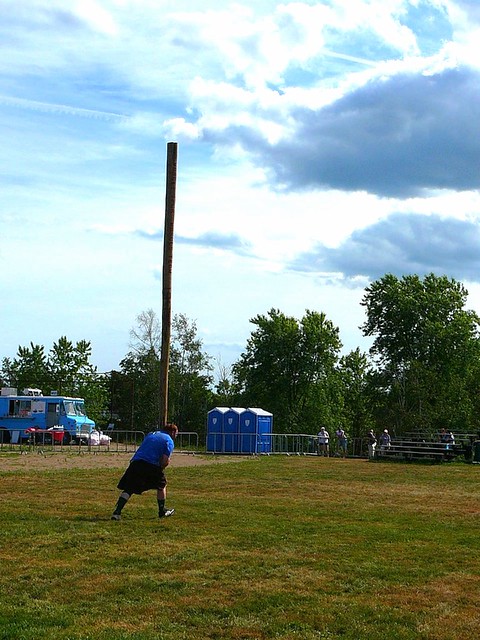 This is how long the caber is 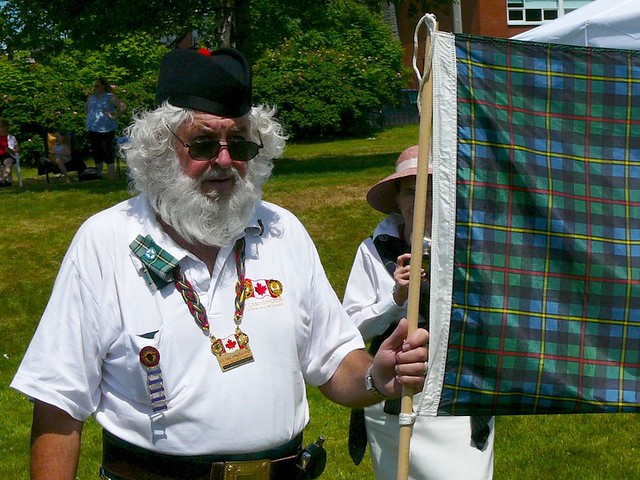 Clan MacLeod with an impressive set of whiskers 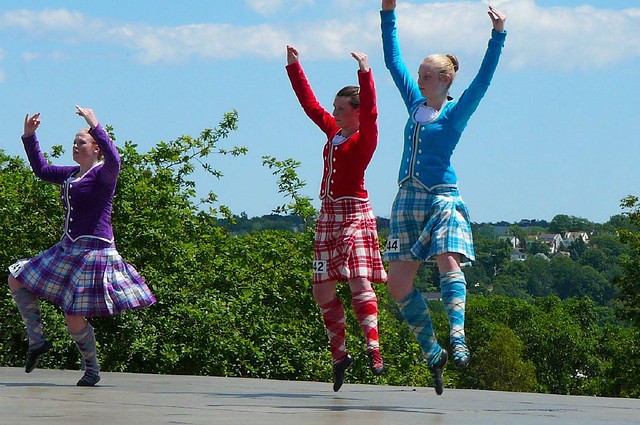