This week’s travel theme is Industry.

There’s a mixed bag for you today.  When traveling, we visit museums. Some are large and some are small. Sometimes local museums are excellent for showing the evolution of a town or region, through it’s economy over the years. Was it a farm region? Was it industrial with factories? What shipping or mining dominant? I have made many visits to Manchester in England. That region was built up quite a lot in the 19th century industrial revolution and textiles were a dominant industry. In Manchester there’s a really good (and free) museum, the Manchester Museum of Science and Industry.  It covers 5 or 6 buildings near an old train station, including a building that displays old aircraft of various kinds. One building has old trains and steam engines. The following two photos are from that part of the museum. 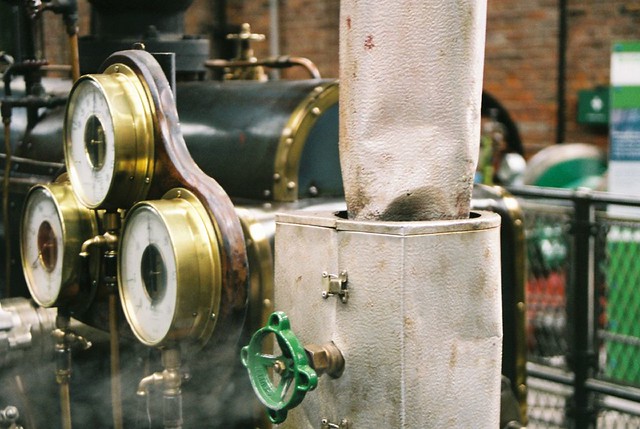 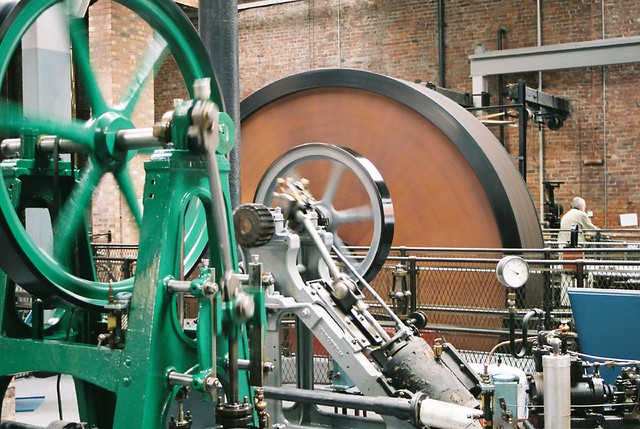 Another steam powered set of gears and wheels

Elsewhere, while driving around Salford (which is next to Manchester), we spotted this. It looked like a bunch of robot arms raising a toast! 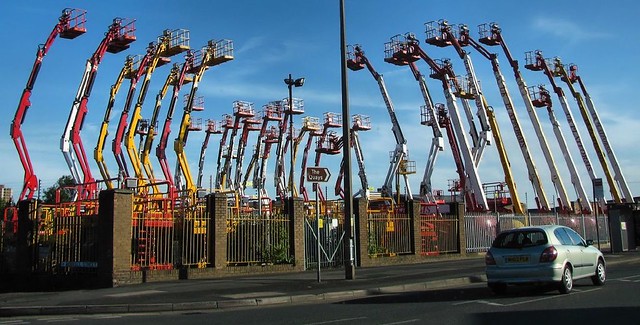 One last view, the Manchester Ship Canal at the Salford Quays, once a very industrial landscape. This canal was part of the system that would ship to and from the coast near Liverpool and in fact you can book a cruise from here to the city of Liverpool. The area around the Quays is now mostly some warehouses and some posh apartment towers. It’s also home to the new(ish) BBC Media City, shared with ITV as well. Photo taken from the top of the tower at the Imperial War Museum North. 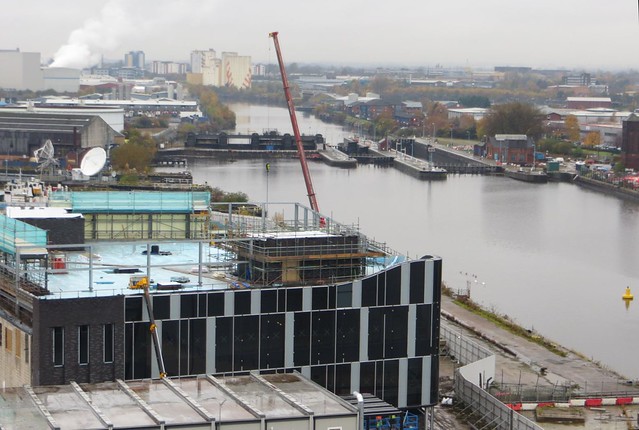 One more, closer to home. This is a view looking south towards Halifax’s container pier on Hollis Street. 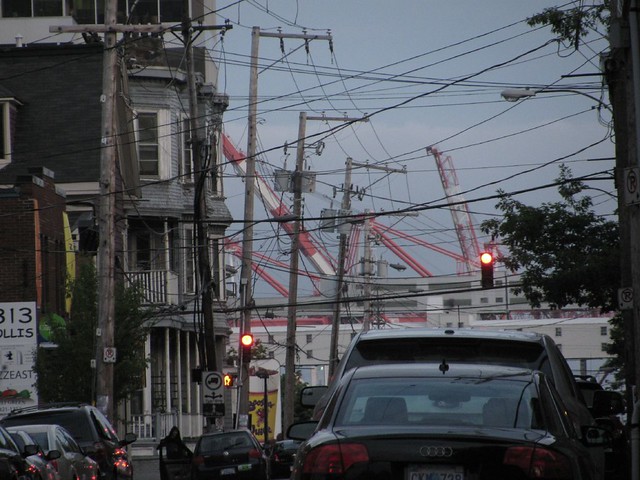