While some people think graffiti is defacing a surface, and it certainly can be if it’s just random and pointless, others thing of it as a work of art and it certainly can be that as well. Graffiti is a way of expressing, usually, discontent with political slogans and warnings, territorial markings. Murals on public surfaces could be classed as graffiti but it’s also beautiful public art, street art as a rule. Some public murals are even commissioned. Some people do it to brighten up the neighbourhood, some to reflect the neighbourhood. Here’s a few I’ve seen on my travels: 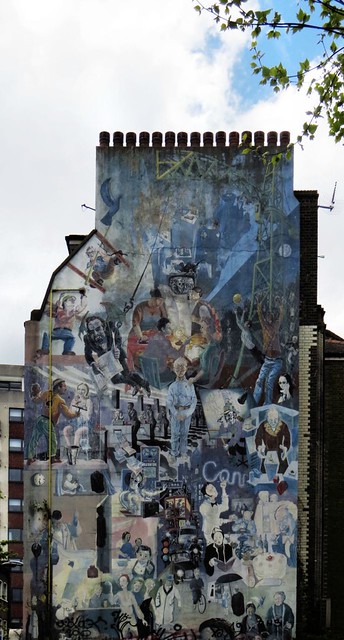 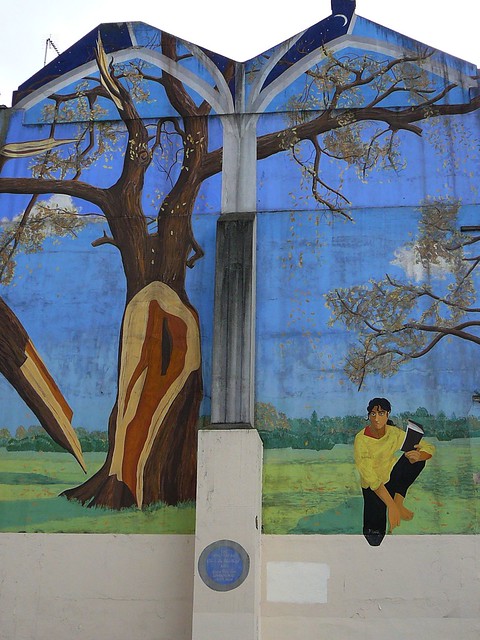 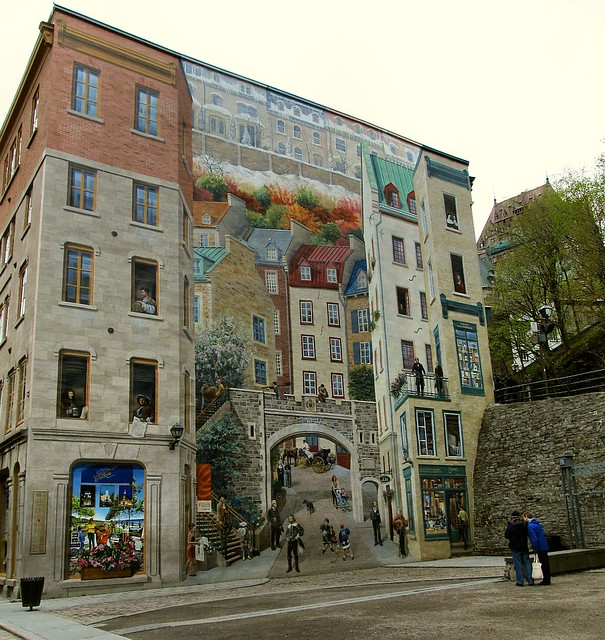 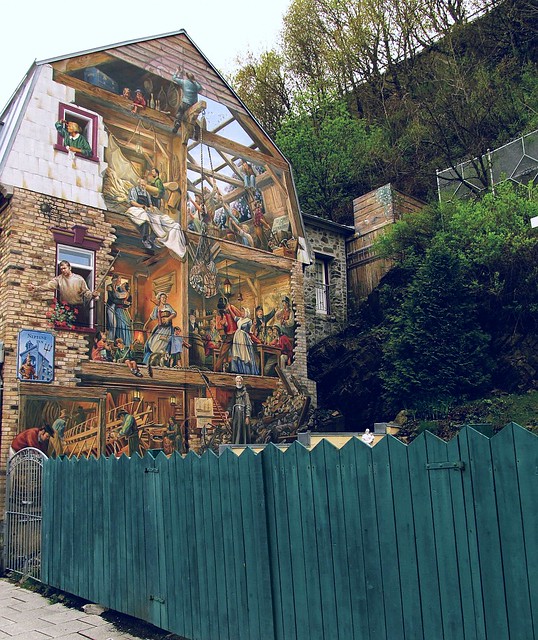 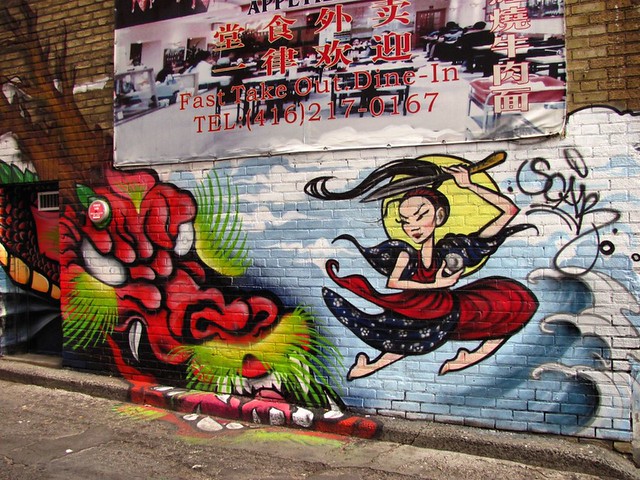 The next two are no longer. In the first, the building has been torn down, and in the second, renovations along the wall have removed the panel and mural. 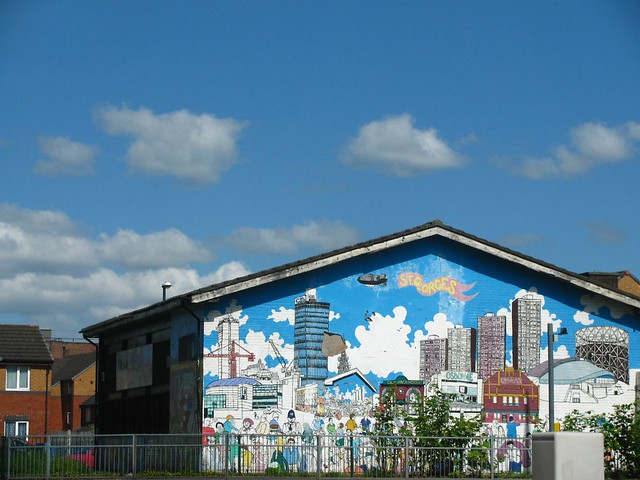 This building was on Oldham Road, Manchester, UK 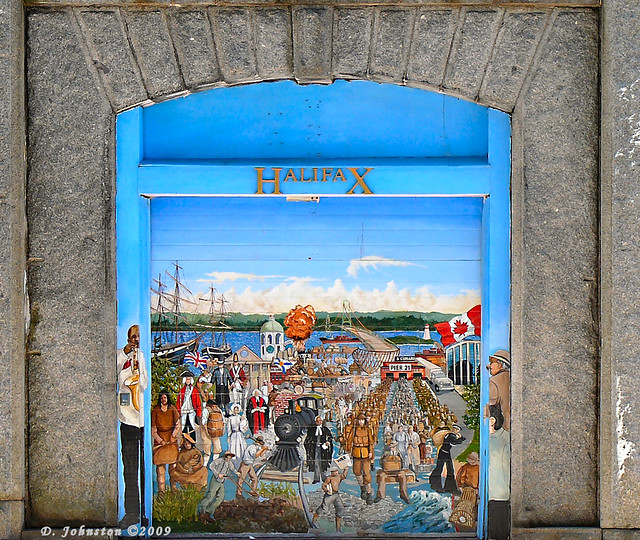 This was on a panel in the wall around and beneath the Grand Parade square in Halifax, along Barrington Street next to City Hall.

See more over at A Word in Your Ear.