This week’s WordPress photo challenge is Scale. For my example, I’ve gone with three photos  that show miniature scales of things. First, small versions of musical instruments that were/are owned by well known rock artists, seen in a window of a music store in London, on Tottenham Court Road. 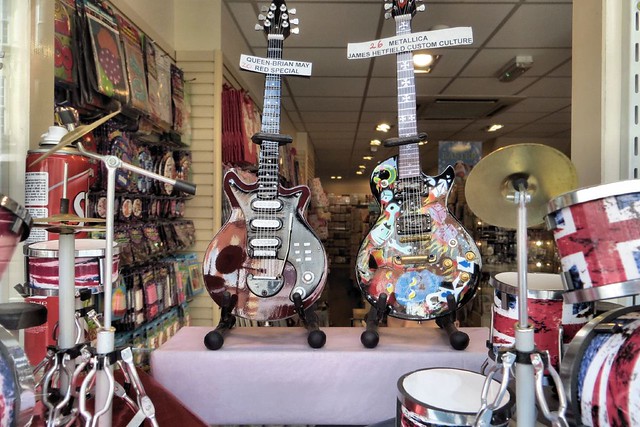 Second, a miniature scale of the village of Coniston in the Lake District of England, seen outside the back of the Coniston museum. 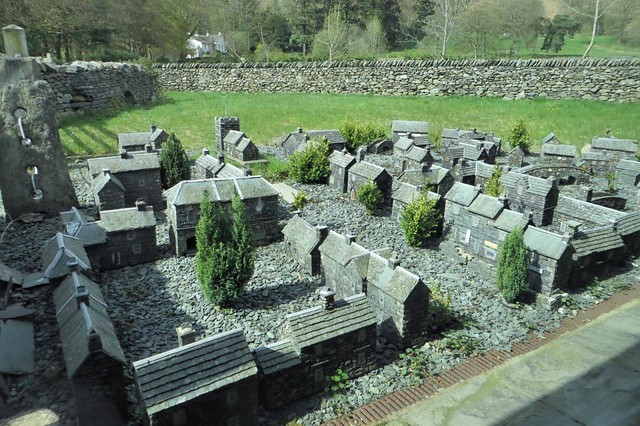 And finally, Lilliput Lane is a company that produces miniature versions of real buildings, cottages, houses, even street scenes and cathedrals found around the United Kingdom mainly. We visited one of the places where they are made and saw the process from pouring the ceramic, to hand painting, shown here. 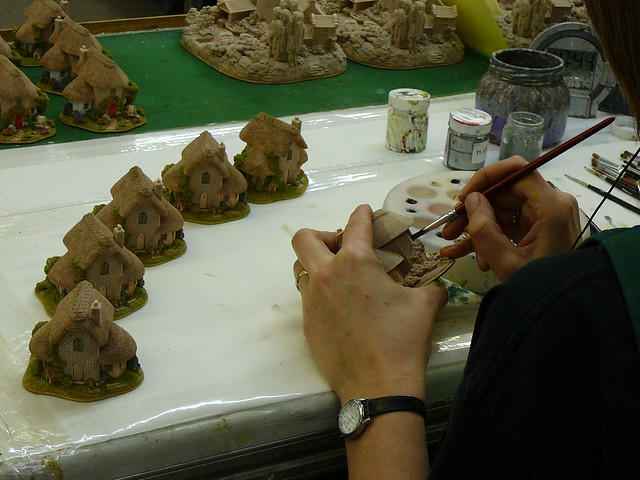