Framing a photo is one of the tricks of making a photo more interesting. It can give the photo perspective and draw the eye into it. You’ll often see photos with bits of lacy branches around the sites or top. I do that often. There are other ways to frame a photo, though. Even just a wall or hedge along the bottom works, as does a view through a window.

While looking through my photos, instead of the classic framing with trees, etc. I came across some photos from a visit to the restored and historic Fortress of Louisbourg in Cape Breton, Nova Scotia. Louisbourg was a French fort that passed hands back and forth with the English over a couple of centuries during various wars. The French finally ceded it to the English but it eventually fell into disrepair. In the mid 20th century, a project to restore it began and it’s a thriving concern now. They’re continuing to do work on it all the time. The fortress houses a small village and it’s set up much as it would have been in the 18th century. The people that work there all work in costume and can tell you about the historical aspects of the place and their “character”. We visited a few years ago and thoroughly enjoyed it. There are a lot of events that are put on through the summer, as well.

Here’s a few “framed” photos from that visit. 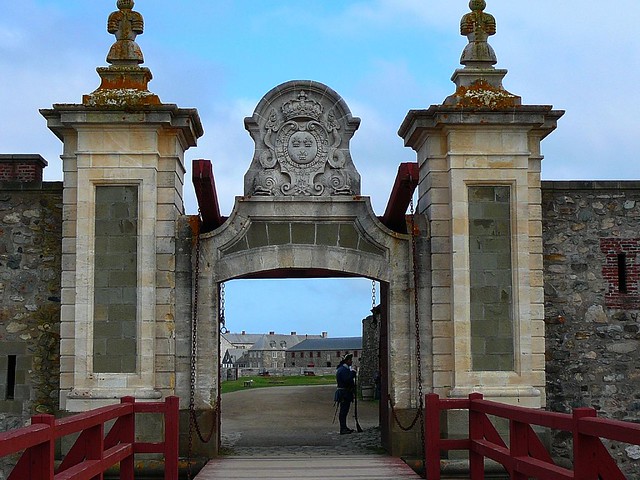 The main gate of the fortress 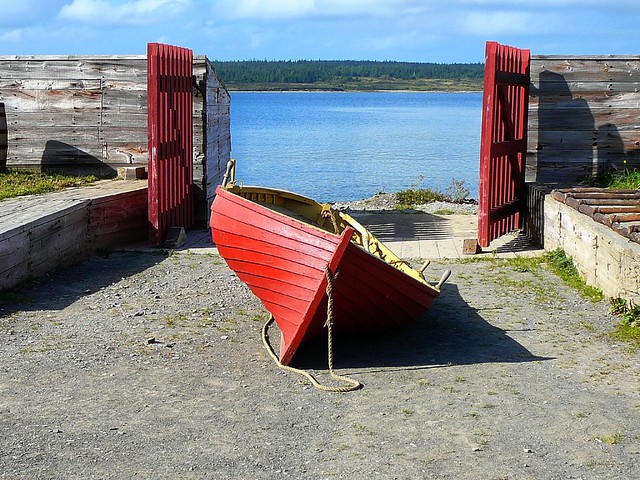 A view of the harbour 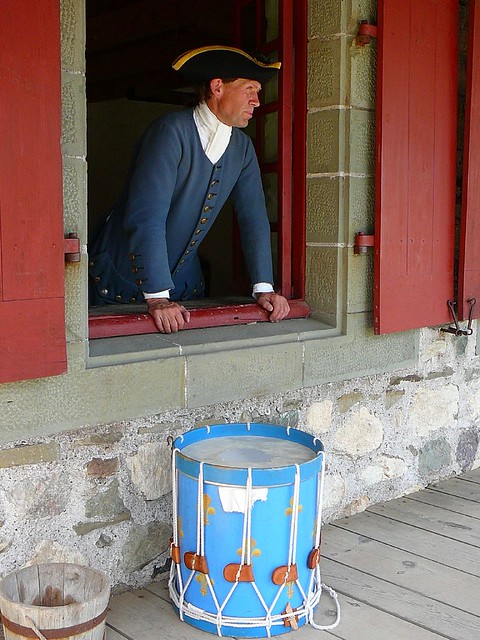 Soldier at the bastion

A Word A Week