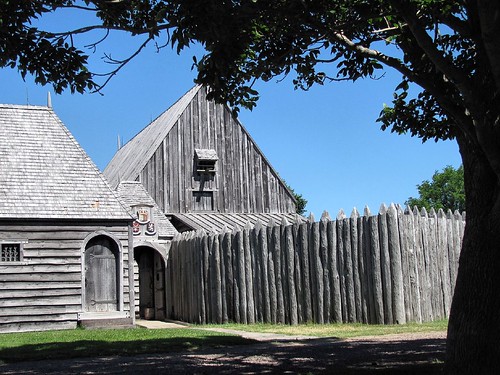 On to the last day of our road trip:

We stayed at a little place called Granville Ferry which is just across the Annapolis River from Annapolis Royal, a very old town. The Bed and Breakfast, A Seafaring Maiden, was lovely, full of antiques and the owners were super. We were a bit late getting there, so I had called ahead just to make sure they knew and once checked in, we headed out for something to eat. The place that the B&B owner recommended as only having their kitchen open until 7:30 was just locking the doors at 7 when we pulled up. Damn.

Another cafe that looked as if it was open was not so we ended up going across to Annapolis Royal after all and though it took us a couple of times around a one way system to find it, we located the pub that I remembered and went there for what turned out to be a so-so meal. I’m sure I’ve had better there when I stayed in Annapolis with my mom 6 or 7 years ago but our steaks were most definitely underdone. G.’s was actually done the way I like it, he preferring almost well done and I like it medium but mine was raw in the middle. By the time I got that far into it, it seemed too late to send it back so I left it but when the waitress found out, she gave me a dessert for free!

We got held up on our return due to some work being done at a power station at the causeway between Annapolis and Granville Ferry but we weren’t held up too long. We had a comfortable night and a lovely breakfast and headed out. Our destination is Port Royal which is only a 15 minute drive from where we were. 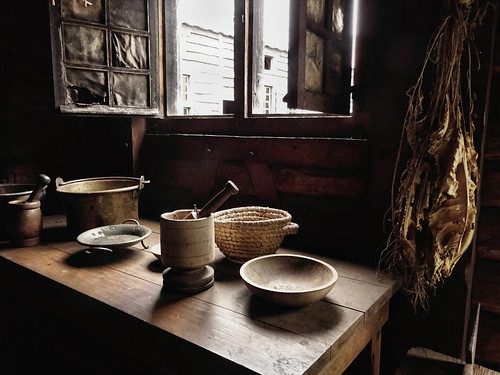 A bit of history:

Port Royal is the oldest European settlement in Canada and the US, founded by the French in 1605. It was a fur trading post, not a military one. The man leading the expedition was Sieur de Mons who tried to establish a settlement in Saint Croix Island the year before which is between Maine and New Brunswick, but the winter was so severe that they lost half of their people. De Mons and Samuel de Champlain found the more sheltered area and built Port-Royal in 1605 and they managed to get the fort built before winter. Since there had already been trade with the local native Mi’kmaq, the colony was accepted and welcomed. Port-Royal did lose its colonists a couple of years later due to their monopoly being revoked but it was reestablished by 1610 and the settlers came back. However, in 1613, the fort was attacked and ransacked by the English coming up from Virginia and the colony was soon abandoned but the area across the river was later colonized by a contingent of Scots in 1629 but was conceded to the French who re-named it Port Royal after the former fort. This became the capital for the area then called Acadie, or Acadia. That’s what it was before it was Nova Scotia.

Ownership bounced back and forth between English and French, though mostly staying with the French for about a century but the British eventually succeeded in keeping hold and renamed it Annapolis Royal after Queen Anne. Annapolis was under seige more than once, and not just from the French but from the local Mi’kmaq as well but when Halifax was founded in 1749, the British control became a firm grip. The French settlers were expelled from the province in 1755. The current historic site of the fort at Port-Royal was rebuilt in the 20th century and it’s now a National Historic site as well it should be. There were excavations when they found the original site and apparently they found a copy of the original plans in France. They have recreated it as much as possible using the same methods. Some of the items are from the period but many are recreations but done very well. There is quite a lot to see and it does give you a good idea of what it might be like to live there when it was first built though I suppose unless you spent a very frigid winter huddling around the fire, you won’t truly get the full experience! 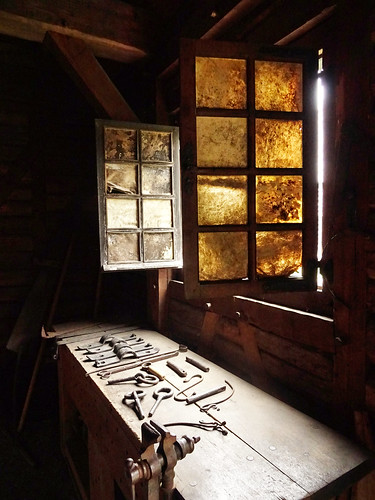 The staff greets you when you buy your tickets and tells you a little of the beginnings of the fort. You can then wander around as you like. There are rooms such as a forge, a kitchen and bakery, a common room where they would have eaten and spent the evenings, the wood workshop, a chapel, and the various kinds of accommodations. The “gentlemen” had bunks though the artisans and workers slept on straw mattresses in the lofts. The fort commander had his own quarters. There is a palisade with cannon and you can see where the boards are fastened together with wooden pegs! The site has some period-dressed staff wandering around that you can talk to. I spoke with one tourist there who worked with Parks Canada and he was saying that the site did need a lot of money spent on it as it was starting to need repairs to the woodwork and structure apparently. I hope they can find the money because it would be a shame for a site that has so much historic significance to Canada to close.

We headed back towards home through the Annapolis Valley. We had intended on stopping at the air force base in Greenwood to see the Aviation museum there but it was grim and the rain was already splattering on the window so we thought we’d just drive straight through. We can always do the Aviation museum some other time on a day trip. There’s a little zoo not far from there as well at Aylesford.

Our latest road trip was a lot of fun even if the weather didn’t mostly cooperate. We were just glad we had the one sunny day on the day it mattered most, for whale watching.

Photos here from both the current visit and one in 2010.