Where’s My Backpack’s weekly challenge is Enlightenment. The idea is to shine a light on what is “noble, brave, generous, gentle and wise about the human spirit”

Libraries – bringing knowledge to anyone. Local libraries are free. There are libraries that contain massive collections of rare documents, accessible to peruse, or for research.

Universities and schools, important sources for enlightenment. Universities and colleges brought philosophy, arts, science and new concepts and new ways of thinking to students. Trinity College in Ireland was founded by Elizabeth I. The colleges at Oxford University date back to the twelfth century. The University in Paris goes back even further. Learning is timeless.

Trinity College Library, Dublin, Home of the Book of Kells 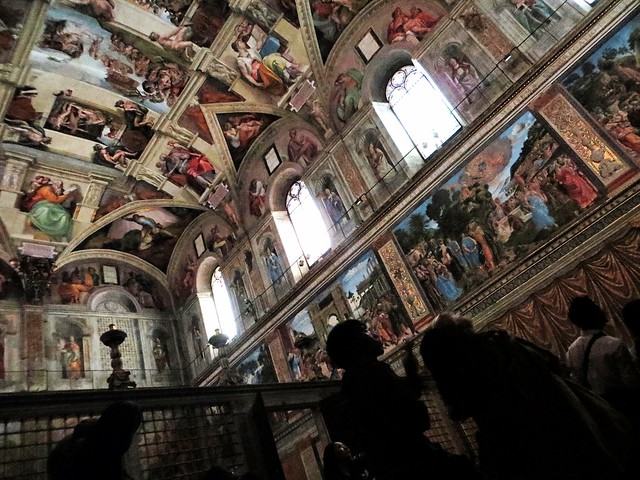 Stealth shot of the Sistine Chapel ceiling by Michaelangelo

Art has long been considered enlightening. From religious art to art representing ancient legends to the impressionists to modern abstracts and performance art. It’s all very subjective. You cannot write off talent and imagination just because it’s not something you understand or appreciate. Something I’m sure everyone who sees it can be amazed is the ceiling of the Sistine Chapel painted by Michaelangelo.

The invention of the printing press by a German, Johannes Gutenberg in 1440. All publication was done by hand previously, making books expensive and all but inaccessible to anyone but the rich or religious since much of what was published or created was religious in origin. The printing press allowed much easier access though perhaps, at least at first, made the resulting product less aesthetic. If you’ve ever seen any illuminated copies of medieval manuscripts, you’ll know what I mean. this is a page or two of a hand illuminated copy of the Oxford version of The Canterbury Tales and an early Caxton printed copy below it. 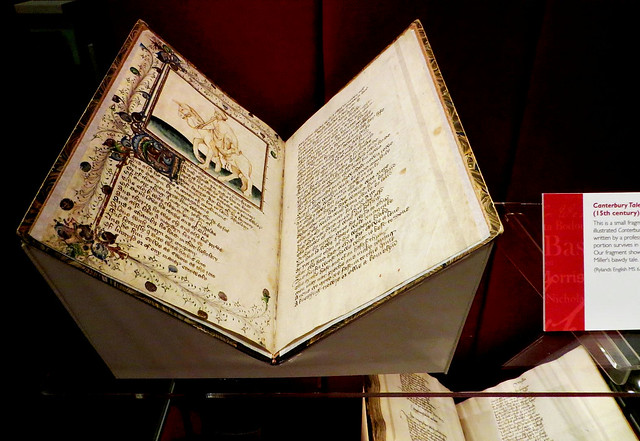