I’ve been to Paris twice, in 1977 and in 2007. We nearly made it there a few years ago but plans got cancelled. I hope we see the City of Lights again because it’s a marvel to behold. In the meantime, there are always novels that are set in the city and which describe both the famous sights and the little hidden corners that you always hope you will find, too, on your travels. (and sometimes the aspects you hope to avoid!)  Paris has a long history with writers and the arts and was a favourite place for American writers to live and work in between the world wars in the 20th century but the appeal never goes away. There are many, many books set there. Here’s a list of some I’ve read over the past few years that I’ve enjoyed, set in various eras from about the mid 19th century onward. 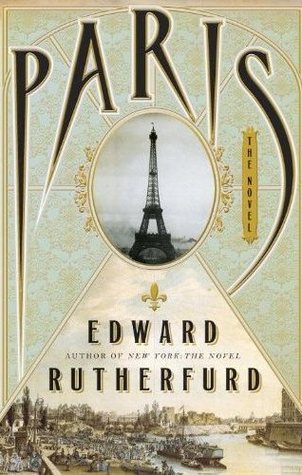 This is a good foundation book, with the story starting in the mid to late 19th century with some flashbacks to no earlier than  the medieval period, however it may apply to the families in the “present” and leads us through the history of Paris up to well into the 20th century. (Goodreads review here)

Paris, Paris: Journey into the City of Light – David Downie

Short vignettes of Paris, the people and the life by a travel writer who moved here in the 80s and married a woman who was born in Paris but raised in America. Photos in the book are taken by her.

Four journeys by a mother and her daughter between her daughter’s age of about 9 to 18, two of them in Paris.

Paris in the jazz age. Harris Stuyvesant, P. I. He’s looking for a young American woman who’s disappeared but in his quest, he encounters dark and perverted goings on in the clubs and underbelly of the glittering city. Review here.

Murder in the Marais – Cara Black

Number 1 in a series about stylish female private investigator Aimee Leduc. She tries to stick to tech investigations and keeps getting drawn into criminal work. It’s a light, fun series, not too heavy. How can it be when you read scenes like one in this book of her tottering across the rooftops of Paris in heels? Each book centres on a different area of the city.  The plots are kind of predictable but the descriptions of Paris and the neighbourhoods are wonderful. Great for armchair traveling

This is the story of Ernest Hemmingway and his wife, Hadley and it covers not just the time they spent in Paris, which was considerable, but the whole of their relationship, fictionalized, including encounters with other writers of the jazz age including the F. Scott Fitzgeralds. Review here. 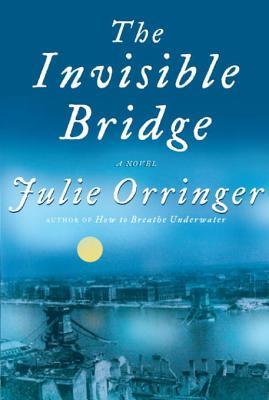 Three Jewish brothers from Hungary want to leave and go to university elsewhere. One manages to get to Paris, one eventually to Italy. The story takes place in Paris up to WWII and then shifts to the brothers who have been sent to work for the Nazis in camps. That part is rather dark and upsetting but still good drama. The Parisian part is a good depiction of student life in the city for the late 1930s. Review here.

Two sisters and their life in the Paris Ballet world of the Belle Epoch, late 1800s Paris. It’s a story of survival in hard times and also features Degas who painted pictures of ballerinas. The book is inspired by one of Degas’ models and also incorporates some background gleaned from headlines of the day in the city.

The Woman in the Fifth – Douglas Kennedy

A university professor runs to Paris to escape a scandal and a failed marriage, hoping to settle in and write a novel. He ends up getting entangled in the not-so-pleasant underbelly of the city. He meets a woman at a party and his life takes a turn. It’s hard to say whether it’s a good or bad one. I wasn’t keen on the twist at the end, though I do think some people would like it. A different side of Paris that you would usually read about.

A Paris Year: My Day-to-Day Adventures in the Most Romantic City in the World – Janice MacLeod

It looks as it would be a very good “travelogue” style memoir of someone that moved to Paris to live for a year.