There was a song released some years ago based on the South Park tv show, called Blame Canada. Fun little send up of us Canadians but on the eve of the country of Canada’s 150th birthday, I’d like to state that I’m really proud of being a Canadian. I feel very lucky to live here in one of the best countries in the world. Without getting political, can I just say that my country, the second largest in the world (physically) contains extraordinary scenery and the loveliest people from the west coast to the east coast and all points from the southern borders to the chilly Arctic ocean in the north.

Travel to Canada, you guys. There’s something here for everyone, no matter what your interests are. Just remember, we don’t have snow in the summer, we do say “Eh?”, Timmys (aka Tim Hortons) is a popular coffee chain where you can always get a drink, a light meal and where there’s usually always a toilet if you get caught by chance! We apologize a lot, we talk about the weather because it changes frequently. In one day. Or an hour. We don’t know your cousin who lives in Vancouver or Toronto. You can’t do a day trip from Halifax to Montreal unless you fly.(it takes you the best part of a day to drive there!) In fact, it takes 5 or 6 days to drive from one side of the country to the other. There are whales. There are icebergs off the coast of Newfoundland and Labrador. There is theatre. There are wineries. Golf? We have golf. Lots of it. Recreated historic fortresses and Open Air historic villages.

If you visit, and I strongly urge you to, take one area, one province or one small region and explore it. There’s too much of Canada to do in one trip. Because I’m not objective, I think you should start on the east with the Atlantic provinces of Newfoundland, Nova Scotia, Prince Edward Island and New Brunswick.

Here is an album of a small sample of some of the photos I’ve taken in this part of the country over the years. 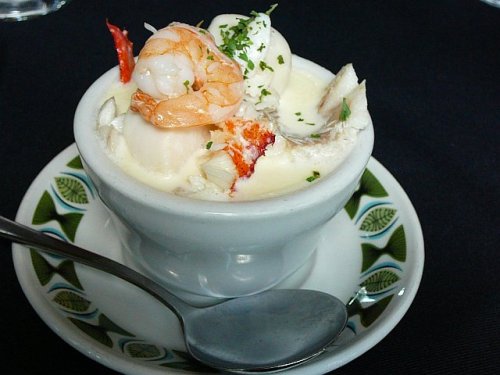 Come for the fresh seafood chowder! 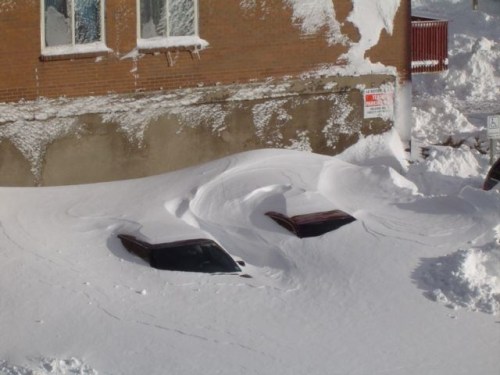 Yes, it does snow in the winter sometimes!