I’ve been traveling regularly for the past 25 years with occasional forays before that. I read this on the Conde Nast Traveler site just now that mentions things that used to be common in travel that are no longer a “thing” anymore and it made me think of things I used to do/bring/consider when I traveled and how things have changed.

Travelers’ Checks (Sorry, Travelers’ “Cheques” here in Canada) were the safest way of bringing your money with you when you traveled. Remember going to the bank to get them and you had to sign every one in front of the bank clerk? In my very early days traveling, I would buy them in US dollars because that was more accepted. That changed to Canadian dollars or I would buy them in British Sterling. You’d have to go to a bank, or the  Thomas Cook or American Express office to cash them in most of the time. Sometimes, a shop would let you purchase things directly with them if the TC was in the local currency but you’d have to provide your passport and an armful of ID to go with it.

Even when ATM cards started to be more commonly used and your local bank card was on a network that could be used outside the country, I took some TCs just in case though not as much. When I made it through a trip where I didn’t use them at all, I cashed them in when I got back and never bought them again.  I’ll often pre-pay a load of spending money I’ve saved on my credit card before I go to avoid interest charges, especially if I need to use it for a cash advance because occasionally the foreign ATM won’t accept my bank card. I still bring two different credit cards with me, one of which is just a backup and I always buy a bit of foreign currency to start me out. You always need a bit of cash for taxis or a snack in a cafe on that long airport/train/bus station layover. 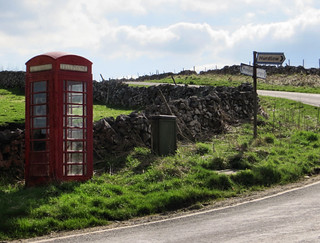 How to communicate with folks back home? I could call collect from a pay phone through an overseas number for Canada Direct, speak to a real person and the call would go through. Calling collect these days is all automated and it’s more and more difficult to find a pay phone. Then prepaid calling cards were invented and that worked pretty well but mobile phones are now our best friends and long distance rate charges are super low. I bought an unlocked phone and a local SIM card for the UK and used it there and in continental Europe. I could top it up online to keep the number active in between my annual visits and hit the ground with hit already loaded with enough to get me going. When I switched to a smartphone, the first one I bought came already unlocked. It was a Google Nexus through Telus, I think. Perfect. I’d land in the UK and pop in my local SIM and away I went. I still do that when I’m going to be away more than a few days out of the country.

For outside Canada travels on short journeys, I’ve tested out my provider’s travel package which was a bit pricey but covered roaming charges and gave us some data to work with. I see our provider has another travel scheme that looks like it might work as well, charging $5 a day if we use data, calls or text but doesn’t charge if we don’t. (wi-fi is wonderful and increasingly common!) We’ll see how that works when we go to the US in November.

Another category that site mentioned was disposable cameras. I’ve never bought one in my life to take traveling. I’ve been a lifelong photography enthusiast so I’ve always had my own camera, either point and shoot or SLR. In the old days, I would have to stock up on film. I take a lot of photos. Always did even in the days of film. I’d generally buy a dozen rolls of film, a mix of 24 and 36 exposure and shoot all of it, possibly buying more on the go if I did a lot of sightseeing . If I was traveling with a friend, we’d both takes a lot of pictures, then get them developed with double prints and share. There was always that moment of fear and excitement when getting the pictures back from the developer hoping and praying they all came out ok. Mind always did but you never knew if the exposure was wrong or if the developer messed up something.

I worried about airport x-rays ruining the film so I would buy lead lined bags for it. Later, If I was staying somewhere for a few days, I could get my photos developed while I was away and that was always great. As digital became popular, I remained faithful to my film camera but started to take advantage of the offer to be provided with digital scans of my photos on CD along with physical prints. It was great. Saved me time scanning and gave me a backup of all my photos, too.

Eventually, I went completely digital and about 5 years ago, I bought a small laptop, just a little bigger than the low end “netbooks”. It was a fully functional one with a good size hard drive and decent memory and I always back up my photos from the camera to it every night. This has saved me losing a lot of photos at least once when the camera broke and corrupted the memory card.

The things I have left behind included those travelers’ cheques, rolls and rolls of film, and preprinted postcard labels. I still send a few postcards if I’m going somewhere new to 2 or 3 people because I know they enjoy it. I used to send cards to a dozen or more people but these days, a blog post, a Facebook post or an email to touch base is far more immediate! I still often bring a printed travel guide or two if I’m going somewhere new and print off a few local maps with things marked on it. Google maps is fine and I guess I could customize them but the paper ones are better for that, I find. 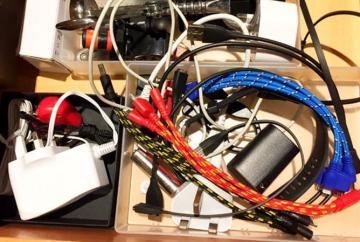 The other things I bring now that I never had to before are all the various chargers and rechargers. The laptop must have a mouse and a power cord. Luckily, my phone and ereader use the same charge cable. I have a plug converter that is a necessity as well and a voltage converter just in case the laptop power cable isn’t a dual conversion one. Naturally, I have the phone, ereader, camera and laptop. I use the camera phone occasionally and reluctantly for an Instagram hit or other social media posting and I like the way it does a panorama photo better than my main camera. I don’t have a tablet because it’s more messing around to backup my photos from a camera to it and I can’t type a travelogue update on it without a separate keyboard.

I guess I haven’t really saved myself much space in the suitcase. Technology has made some things easier but I’m not 100% there yet. The more things change, the more they stay the same.

The WordPress challenge this week is Waiting, something we all seem to do a lot of. Waiting for the bus, waiting in lineups, waiting for the movie to start, waiting for your meal to come to the table, waiting in the airport or the train station, (oh boy, I’ve done a lot of that!) and waiting for other people. (I’m always on time, why can’t everyone be? Yes, yes, I know. Circumstances vary). Here are a few examples of “waiting” from the photo archives. 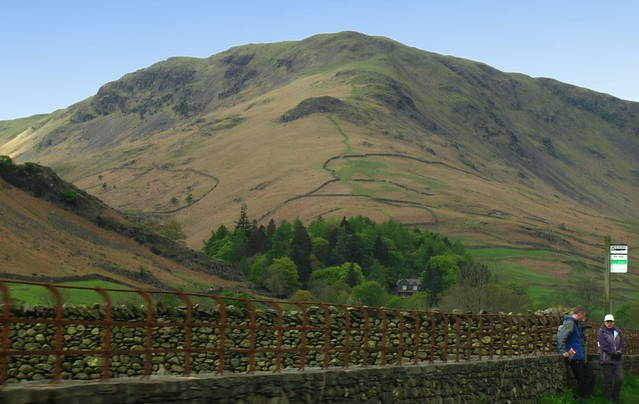 Waiting for the bus. The Lake District, England. 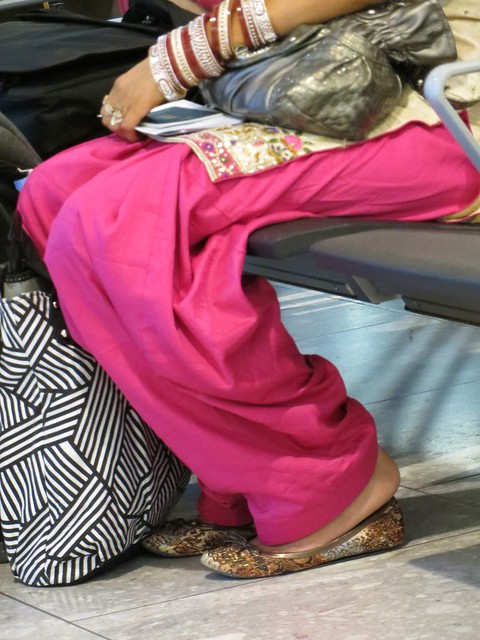 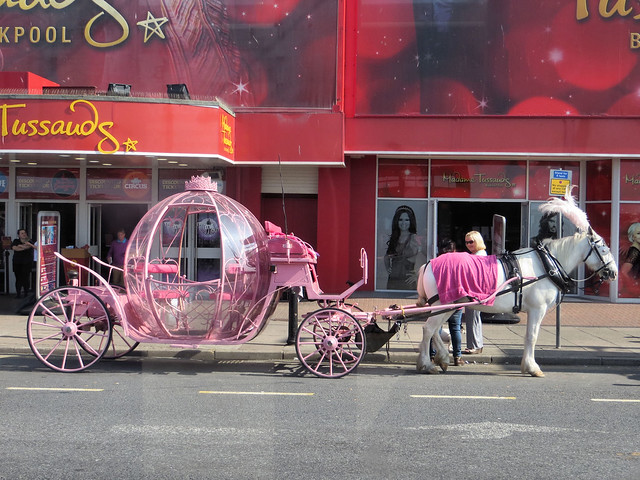 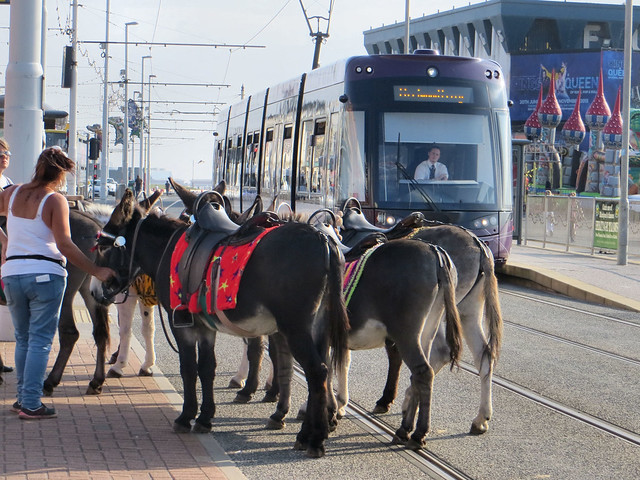 Waiting for the Tram. Also in Blackpool. 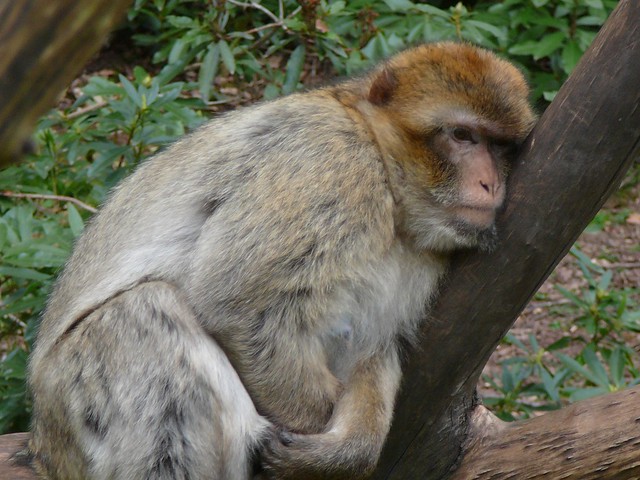