A few days on Vancouver was a great way to start our visit to Canada’s beautiful west coast. Family and friends always make a visit enjoyable. We chose the bus/ferry/bus route across the Juan de Fuca straight to Vancouver on the mainland and paid a little extra so that the bus would take us straight to the hotel after the end destination of the main bus terminal. Worth every penny and cheaper than a taxi, especially trying to navigate and haul luggage around in the dark.

Our hotel is the Rosedale on Robson and is a suite hotel. We found out that they upgraded us to a higher floor and a room with a separate bedroom. The windows in these are floor to ceiling and the decor is light and airy. We had good city views from the18th floor! The staff were excellent and the room had everything we needed though there was one thing missing that seemed odd for a hotel like that. No in-room safe! Seemed odd.

We unpacked because we’ll be here for a few days. Our friend Annmarie came over later with wine and we had a great catch-up.

The sun was out on our first full day in the city, one of Canada’s largest. It seems even larger because of all the communities and cities that surround it such as Burnaby, Richmond, Coquitlam etc. I’ve been to Vancouver before but my husband hasn’t so we thought an orientation would be a good idea. The hotel is close to the circular central library where the hop on hop off trolleys stop so we jumped on one there and took the day to do the route.

We wound our way through the historic centre and decided to get off at the gorgeous Stanley Park, a 1000 square acre park on the tip of the peninsula of downtown Vancouver. The area has been settled with indigineous peoples and others for centuries and was turned into a park when the city was incorporated in the late 1880s. It’s a naturaly park, no landscaping or manipulating. The forests have evolved naturally. There is now a seawall built around the perimeter which is  a great place to walk and run and there are other very interesting things to explore as well such as the Vancouver Aquarium.

We stopped at a spot where there are about 8 totem poles some dating as far back as the end of the 19th century. Each totem tells a story, a family, an event, a heritage. The style of art of the First Nations people  on this coast is really distinct and I really like it. We had a good look at the poles and did some shopping at the gift store there which had quite a lot of locally made gifts. I started my Christmas shopping!

We walked all around a point at the end of the area, saw a little lighthouse with great views over to North Vancouver, and back around where the trolley stops. We got on the next one which found it’s way through the rest of the park and around English Bay. We got off again at Granville Island which isn’t an Island but a spot of land under the Granville bridge over the False Creek area. There are craft and artist studios here, a huge famer’s market, restaurants and cafes, a theatre. We were quite hungry, though, so we looked for a restaurant first thing.

After a meal in The Keg, we went over to the market and were suitably impressed. More than fruit, veg and seafood, there are local crafts, anything you can think of. Lots of things and even the food was top quality and there were quite a lot of unusual items there. We popped into one ceramics/pottery shop which was also the studio for the studio for the artists. I have to say, even though one of the bus drivers or the prerecorded spiel said that Granville Island is designed to be pedestrian friendly, it isn’t. Cars everywhere and the roads are narrow and not logically laid out. It’s a really good place to visit but be warned, watch your step!

Granville Island also has a number of small, brightly painted boats as a ferry service for a small fee to areas across the water on the main area of Vancouver. They almost look like toys!

By this time, we are ready and done for the day so we trudge back up to the trolley stop and get back to the hotel. We had a rest and then headed out to meet up with Annmarie, her partner Brian, her son Tristan and his girlfriend for cocktails and a meal and a very nice meal it was, too!

A good introduction to Vancouver if ever there was one and the best weather we’re going to see. Weather-wise, it will be downhill from here.  Tomorrow will be spent in the Vancouver Convention Centre, the large complex on the waterfront with ‘sails’ as a roof. But more on that another time.

Between the city of Parksville and Port Alberni on Vancouver Island is a little oasis of calm and peace. It’s a stand of trees, very old trees, mostly Douglas Fir with Red Cedar as well. The oldest standing tree is about 800 years old and stands over 250 feet tall, taller than the Leaning Tower of Pisa apparently.

Recently we visited Vancouver Island. Most of the few days we were there were spent in the capital city of Victoria with relatives, doing a bit of driving around and hanging out. We rented a car and drove “up island” to see some friends in Parksville and before returning the next day, I really wanted to see Cathedral Grove. It was a long-standing destination on my list and it’s only about a half hour drive from Parksville on an inland road from the coast.

The weather is overcast with rain threatening but we only got a little heavy mist. There had been a tiny dusting of snow and in the forest there was still a little on the ground, enough to make the path slippery so we trod carefully. The light was low due to the cloud cover. No sunlight streaming through the branches picturesquely. The air was damp and cold. The breeze rustled the leaves. It was completely quiet aside from an occasional car that drove by. The grove is part of the MacMillan Provincial Park and its near the road. In November, there were few tourists besides us three. I hate to use a cliche word but it did feel a bit magical. Just when you think Nature can’t throw one more jaw dropping sight at you, in comes a curve ball. Here is a bit of video I took and a few photos.

The drive to Parksville is only about 2 hours from Victoria. You could easily visit Cathedral Grove in a day. You also drive past Goldstream where, in early November or very late October, the salmon return to spawn and you can watch them flipping through the water trying to get upstream. We were just a little late and there were only a few fish left alive (yes, that’s Nature again. The fish return to where they were hatched to spawn, and once the eggs are laid, the fish die and are food for eagles, birds and bears)

We stayed overnight since we were visiting friends and booked the Travelodge. Not a bad choice. There are quite a few hotels and motels in Parksville as it’s a resort area with some nice beaches.

WordPress‘s weekly photo challenge is Peek. They want examples of photos that make you want to see the larger picture, showing just a part or a corner. They say “a photo that reveals just enough of your subject to get us interested. A tantalizing detail. An unusual perspective. ” So here’s my take on it, ,mostly from my favourite city, London. 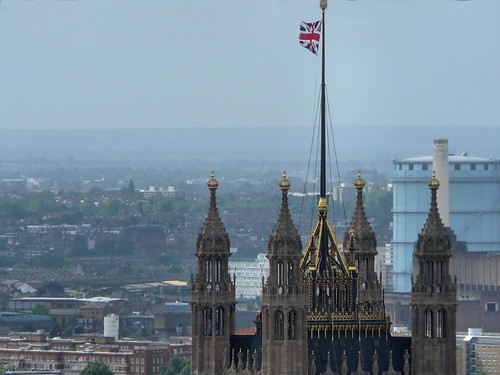 Houses of Parliament, the old Palace of Westminster. Top of Victoria Tower 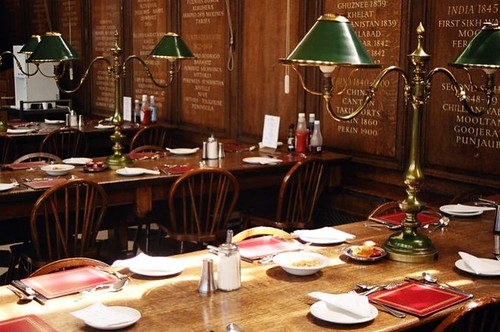 Portion of the dining hall at Chelsea Royal Hospital 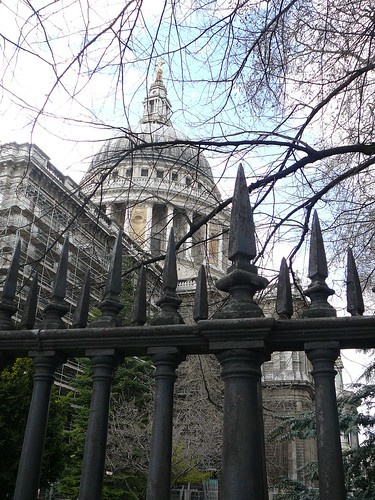 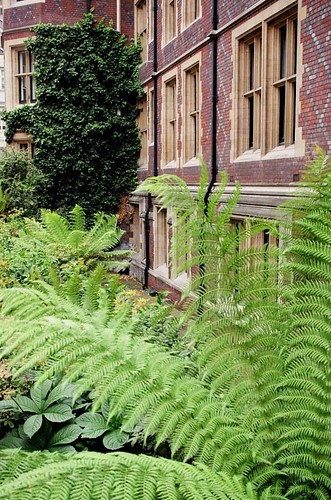 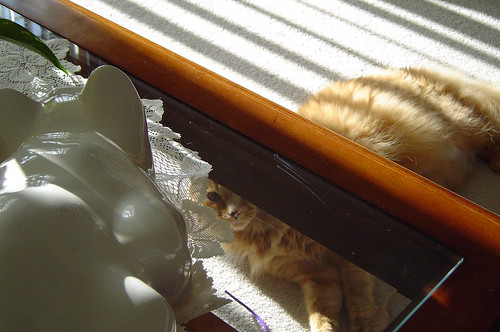 Stealth Ginger. Not London, but I couldn’t resist.