Aisla’s travel theme this week is Dogs. Here’s a couple of photos from the archives of my travels. The first little guy was sitting in the shop doorway in Brugges. He doesn’t look to happy. I wanted to hug him! The second photo is from New York City in Greenwich Village. I guessed it might have been a dog walker but perhaps he’s the owner.

A sad little fellow in Brugges

The next photo challenge is Ailsa’s travel challenge – Laughter.

I’ve mentioned before that I’m a bit shy to take photos of strangers while on the road. Thus, the first two of these photos are not really about laughter but they could be! Animals have such expressive faces and in both cases, they looked like they were having a blast! 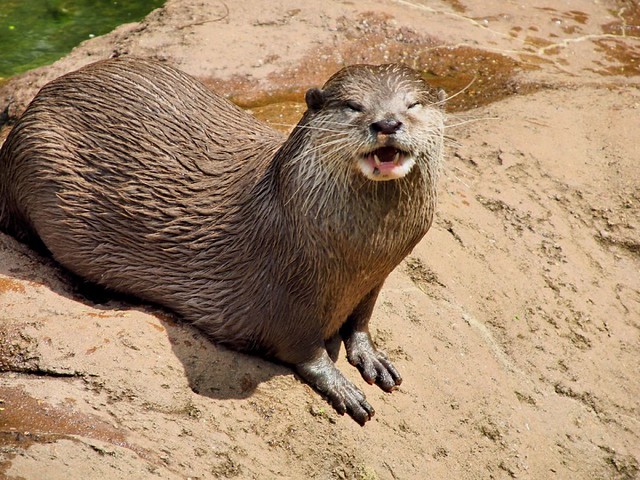 Come on in, the water’s great! London Zoo 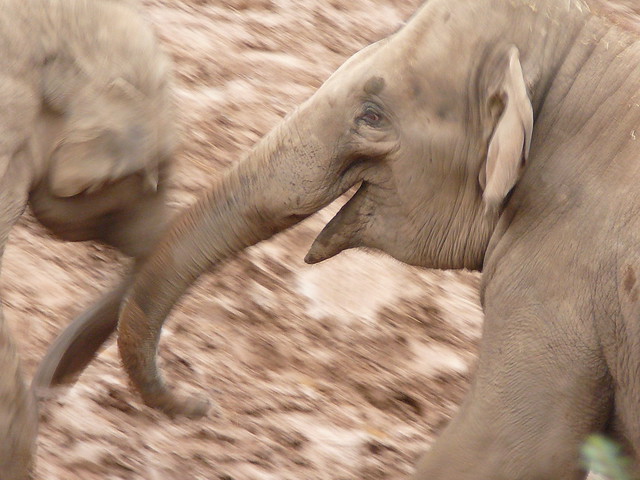 And just for fun, me and my pal T. getting wet at the Rolling Stones concert, Halifax 2007 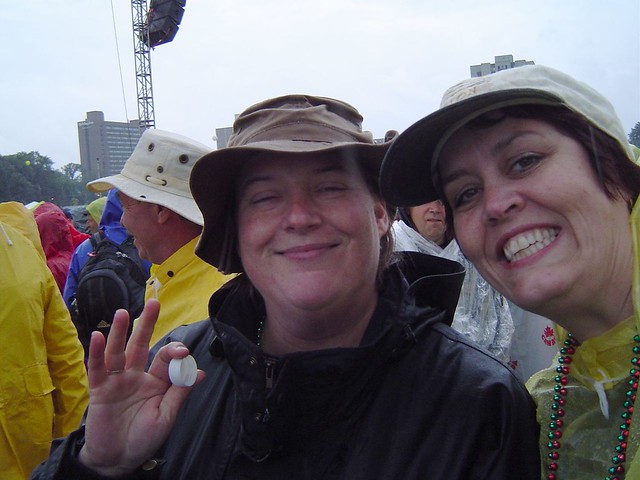 This week’s Word a Week challenge is Companion. What would we do without companions? We are social beings that live together in cities and towns and villages. We talk together, we hang out together. We spend time together. We may not be with someone else all the time but it’s nice to know there’s someone out there to connect with. It doesn’t even have to be another human. Animals and pets can be wonderful companions. They don’t judge, they listen, (we’re not sure they understand but I think animals can pick up on your mood regardless of their comprehension of what we’re saying).  Even animals need company. Very few animals or birds are singular, loners. That “Lone Wolf” is usually the exception to the rule. Here, then are some photos showing companionship from my archives. 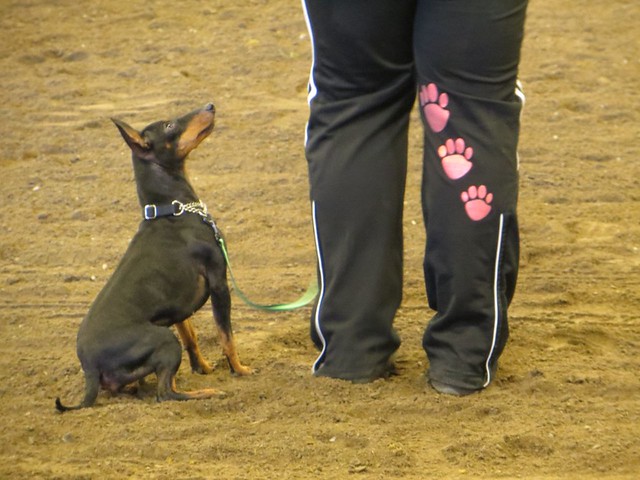 A Manchester Terrier about to be put through his paces 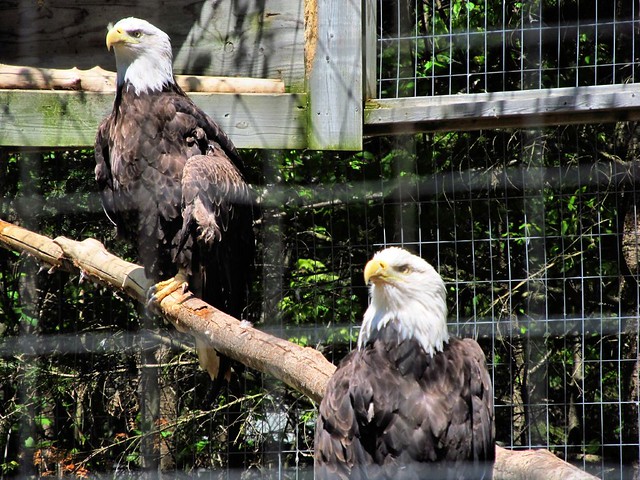 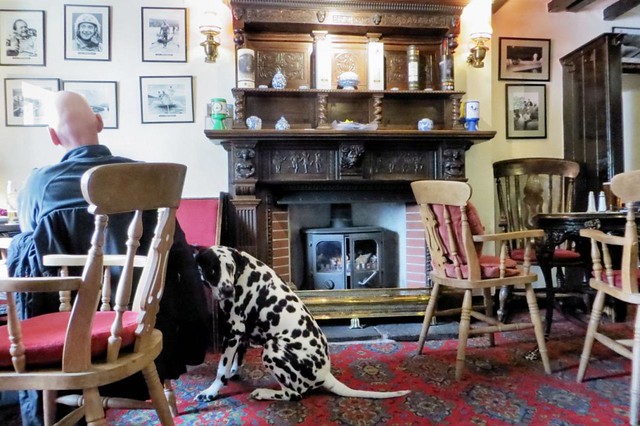 In the UK, Dogs are allowed in pubs. You see this commonly in smaller towns and country pubs like this one in Coniston, The Lake District 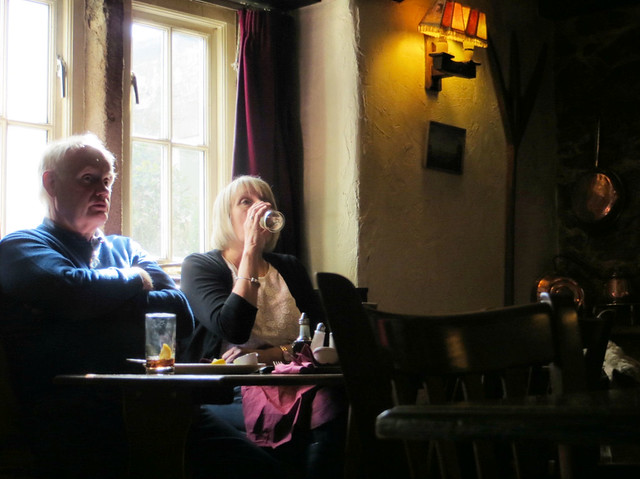 In another country pub in England, though these companions don’t seem to be enjoying each other’s company. 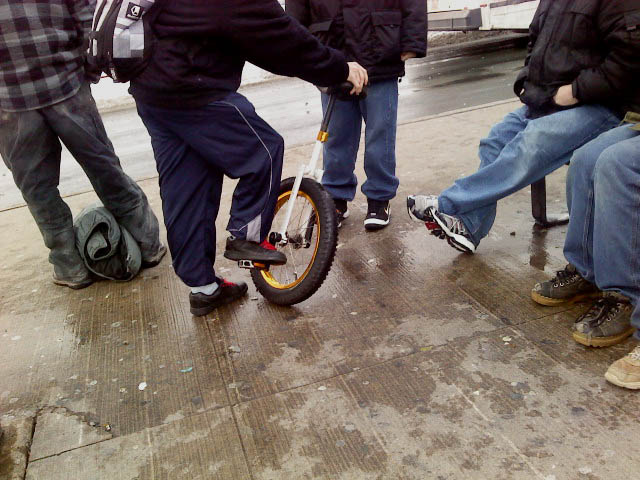 Kids hang out in packs. 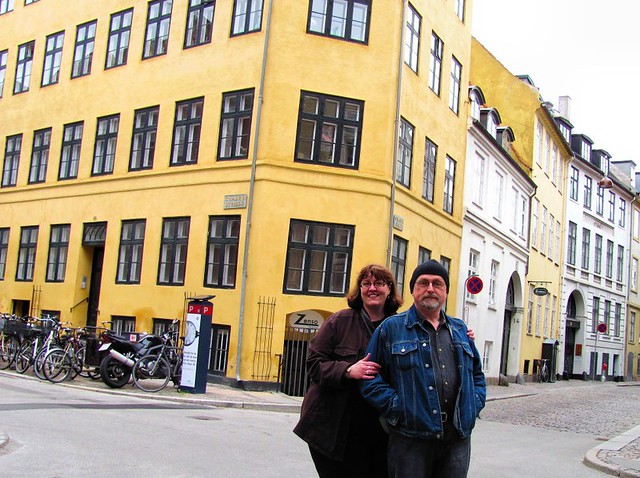 And lastly, my own companion for life. In the Latin Quarter in Copenhagen a few years ago

This week, Sue’s challenge word is Fur. That pretty much means animals for the most part. It’s odd, as I look through my photos, though most mammals are covered in fur, we don’t really think of it as “fur” when it’s an animal like a cow, horse, or other non-domesticated animal that has a covering that’s not long, shaggy and soft. I don’t even think of a cow as having fur but of course it does.

We shared our table in Amsterdam with this kitty

In Scotland, there’s a type of cattle with long shaggy fur to keep them warm, a “hairy coo”

The fur of a tiger is so vividly orange when you see one “in person”. It never photographs as bright as it really is. Chester Zoo, England

Macaque monkeys in the Trentham Monkey Forest Near Stoke, England

Sad looking little fellow in a doorway in a shop in Bruges, Belgium

This guy is a Dall Sheep, Nova Scotia Wildlife Park

There are signs up all around most zoos warning you against feeding the animals, unless, of course, they provide you with something that’s animal-friendly. When I was visiting Vancouver about 10 years ago, we went to the Vancouver Zoo. It’s a really lovely zoo, too, with large natural enclosures for most of the animals. I really like giraffes so was excited to see them ambling around their space. When I spotted someone picking up twigs and leaves and feeding one, I *had* to do it too! I figured it would be ok, as it’s their natural food. It wasn’t like I was trying to feed them popcorn or chocolate or something!

I picked up a few twigs and went over by the fence.  I wasn’t afraid, exactly. I’ve never heard of anyone being savaged by a giraffe, after all. But you don’t realize how HUGE those animals are  until you see a head the size of a horse coming down at you from out of the sky and see that great, long, BLACK tongue snake out at your hand to gently remove the stick. Oh, Wow!

That’s me, in full “EEK” mode watching for the safety of my fingers carefully!

Ah, well that’s all right, then! Isn’t she lovely! (I’m pretty sure it wasn’t a male, they were even bigger and taller!)

Elephants are amazing creatures and their creased faces do show so much expression. These photos were taken at Chester Zoo in England on a chilly November day. There were two young elephants “wrestling” on a slippery, muddy bank and a mother and her baby were rolling a log around. You don’t think of animals having affection but when you watch many of the species, it’s clear that they must. It goes beyond instinct, I think.

Smiles on any living creature warm your heart.

You wonder what they’re smiling about

I’ve discovered this person does photo challenges on her blog so I’m jumping in on this one:

Once a week I will dip into my old English Oxford dictionary and pick a word on the page that it falls open at.  The challenge is to post a photograph, poem, story – whatever the genre you like best to describe of what that word means to you. Put a link back to my challenge page so others can take part if they wish.

A  Word a Week Challenge – Dog

This little guy was sitting in a shop doorway in Brugges. Don’t you just want to give him a hug?

I don’t own dogs. I never did. I always felt they were too high maintenance whereas a cat is low maintenance, doesn’t take a lot of attention except for what it demands, of course. Cats are discerning, independent and if they ever evolve with opposable thumbs and can open their own food packets or tins, we’re all in deep trouble.

Dogs are quite useful, of course. They can be trained to do some pretty awesome things. Have you ever watched a dog herd sheep? It’s amazing. One I saw in Ireland was trained so well, he tried to herd one that was walking around inside a barn. On the other hand, I saw a full sized poodle being used as a guide dog for a blind woman and it kept walking her too close to telephone poles!

You can’t really train a cat unless it’s something it wants to do. My mother’s cat will fetch if she’s in a playful mood. Seriously. You can throw her toy down the hall, she’ll run after it and bring it back to you to throw again. She does *not* think she’s a dog. Heaven forbid.

A cat will only eat a little bit until it’s satisfied. They graze at the food bowl all day. A dog inhales the dish of food and is always ready for more should you think he’s starving because he ate so fast. Some dogs are known to eat themselves to death, or would if you put them in a room full of food.

To bring this back to travel, I’m not usually on the lookout for random dogs or cats though we did sit in a cafe in Amsterdam only to notice a cat curled up alongside us on the bench seat. Another time, in a pub in the Lake District in England, we noticed a couple of people come in out of the chill with their dogs on leashes. That’s common in the U.K. where dogs are usually welcome in the pub even though food is served there. Little lap dogs often are seen in French cafes as well, accompanying their owners.