Yes, it has been awhile since I’ve posted anything and I do apologize. This post is in answer to “A Lingering Look at Windows”  As you may know by now, I love taking pictures of windows and doors. This time the photos are all from our trip to Amsterdam in 2009 (was it that long ago!?) 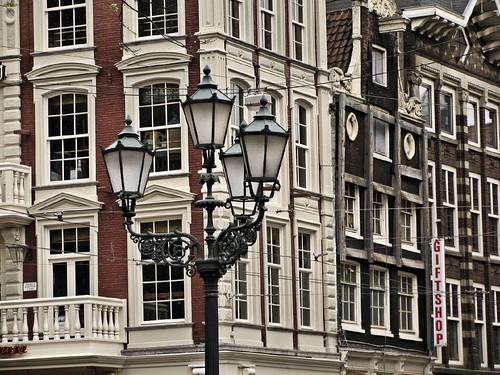 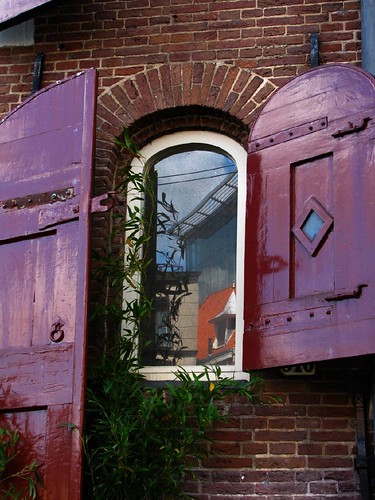 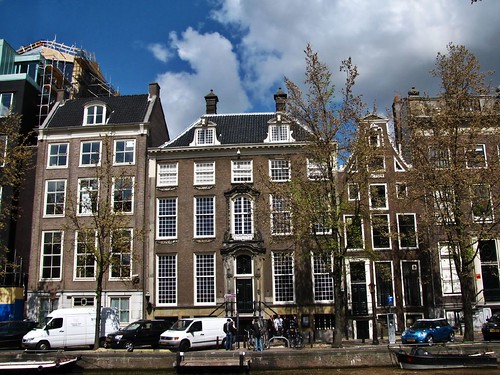 Along one of the many canals 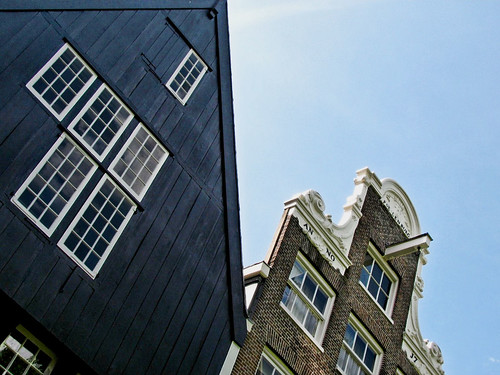 The black building is one of the oldest surviving wooden buildings in Amsterdam and is in the Begijnhof area. 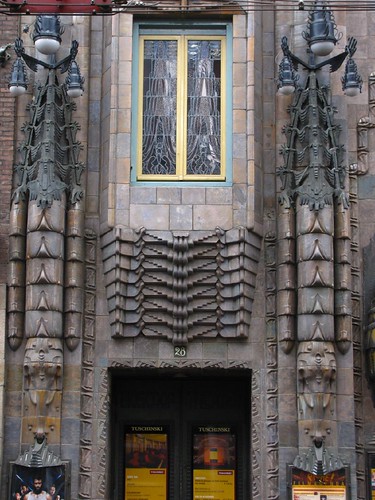 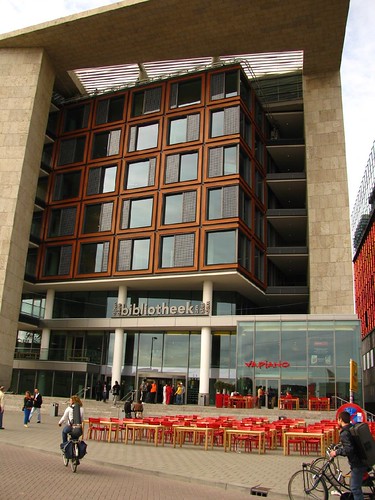 And a touch of modern Amsterdam, the new public library

Some of my favourite subjects to photograph are windows and doors.  I love architectural details and they seem to be one of the ones that varies the most from building to building. Here are a few from my travels. See more of them here. 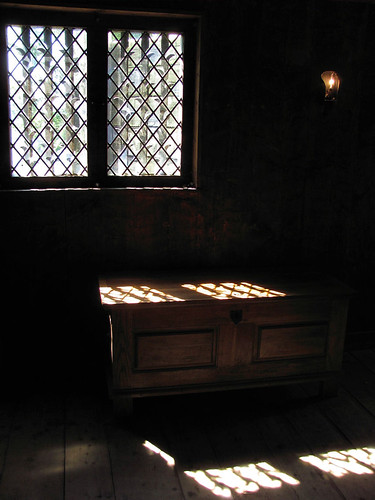 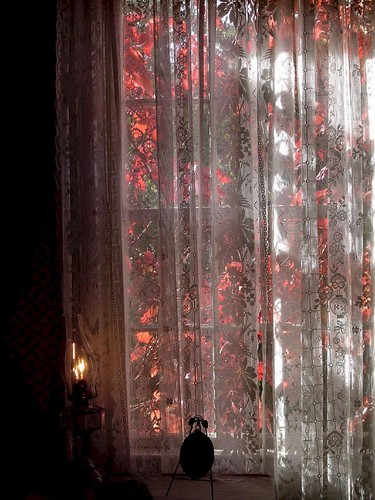 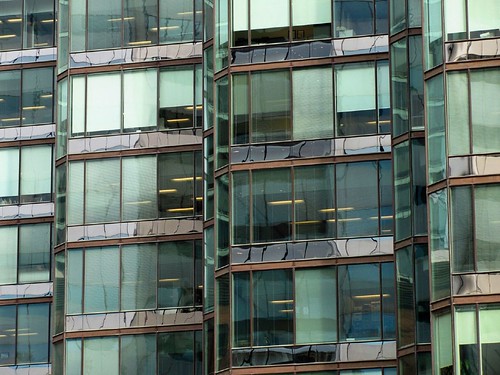 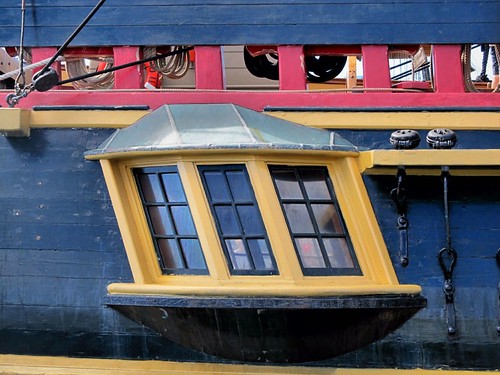 HMS Bounty (Replica). The ship was built for the Hollywood production Mutiny on the Bounty in the early 1960s (Marlon Brando, Trevor Howard) 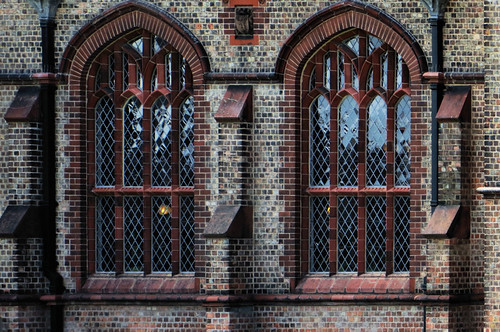 This week on Where’s My Backpack, the travel theme of the week is Exits. To me, that means doors, windows, staircases and all are favourite things to photograph while traveling. 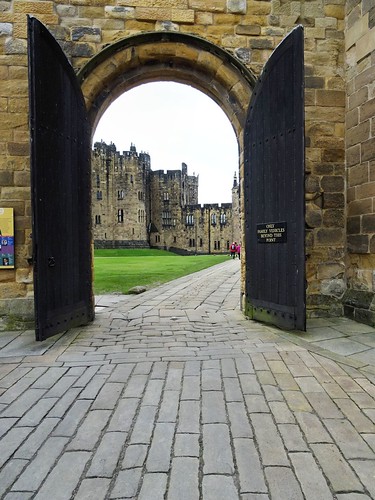 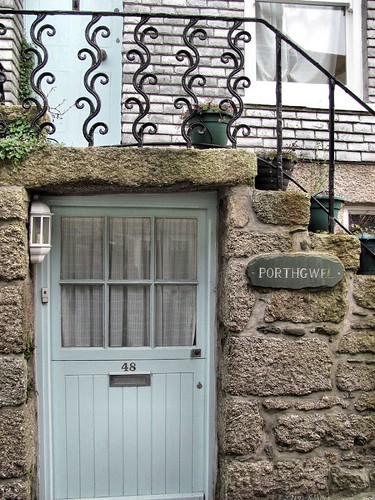 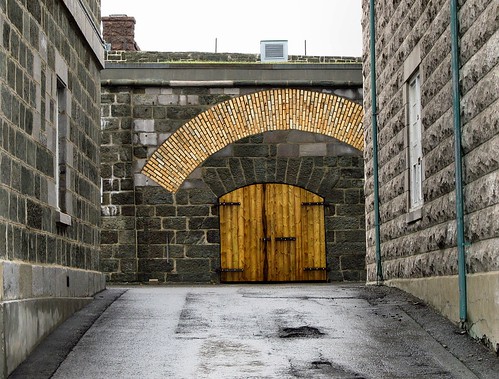 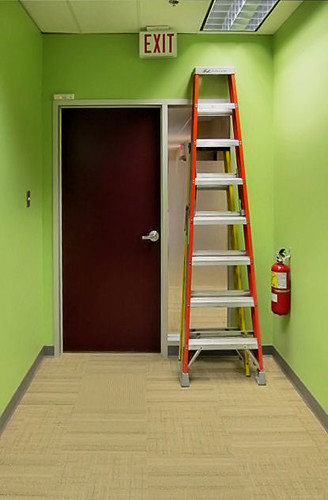 Not from my travels, but taken at work after a renovation of our offices.

Here’s a new one, from the folks at The Day After. Once a month they invite people to share photos of windows and as you all may remember, I love taking photos of doors and windows, from the inside or out. Here are some of my shots, mostly looking out through the windows. See more at this month’s A Lingering Look at Windows, here. 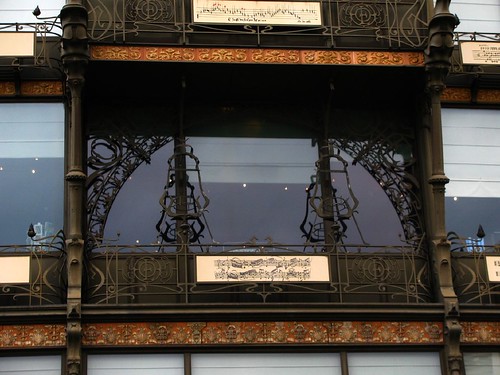 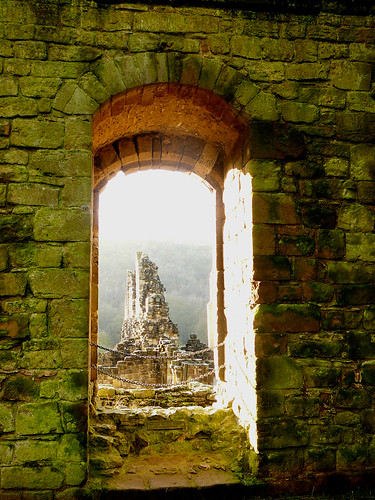 Through a window in the ruins of Riveaulx Abbey, Yorkshire 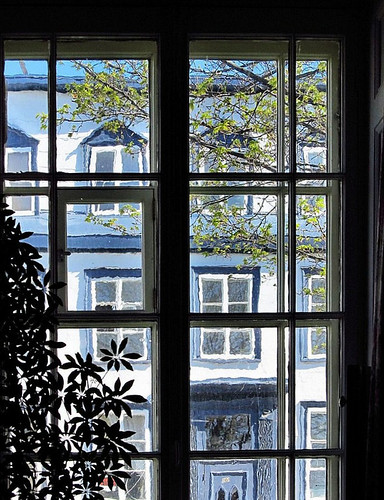 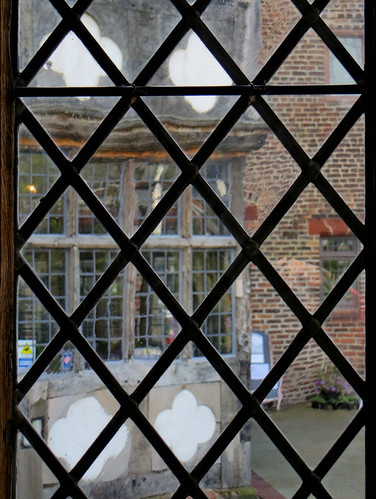 Ordsall Hall, some parts of the house dating to Tudor times, Salford UK 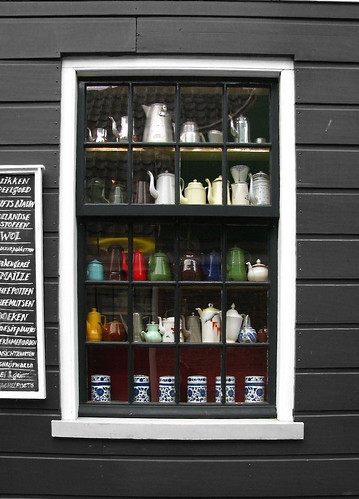 In a building in the Open Air Museum, Arnhem, The Netherlands 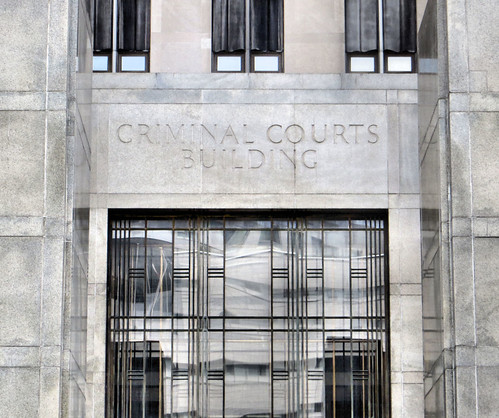 The Daily Post issues a photo challenge every week with a word. Vivid is this week’s theme and I’ve decided to focus on stained glass. The main places you see it is in churches and cathedrals (following on from the last post about architecture) but you sometimes find it elsewhere too. The colours used in stained glass are always very bright and vivid so that when the sun shines through they glow and cast colourful reflections. 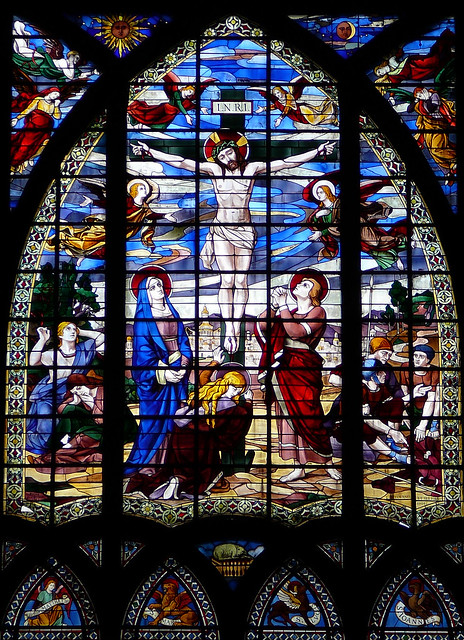 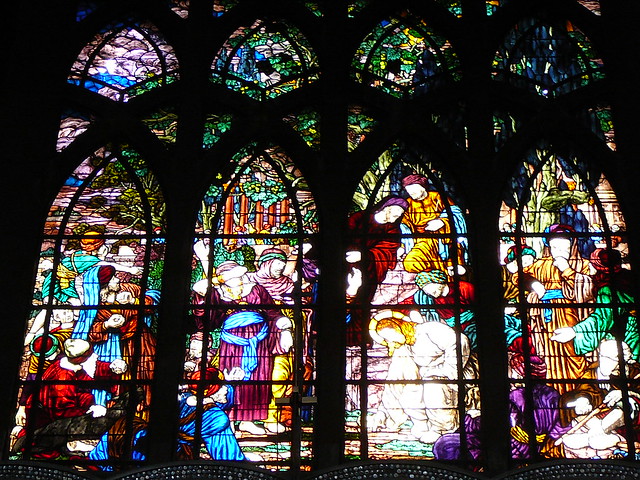 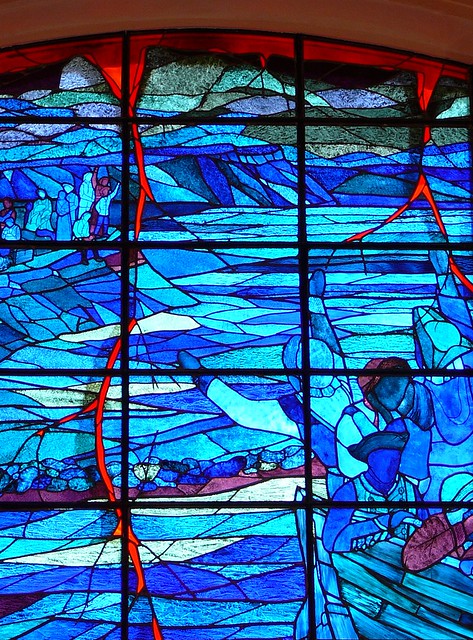 from the church in Grand Pre, Nova Scotia 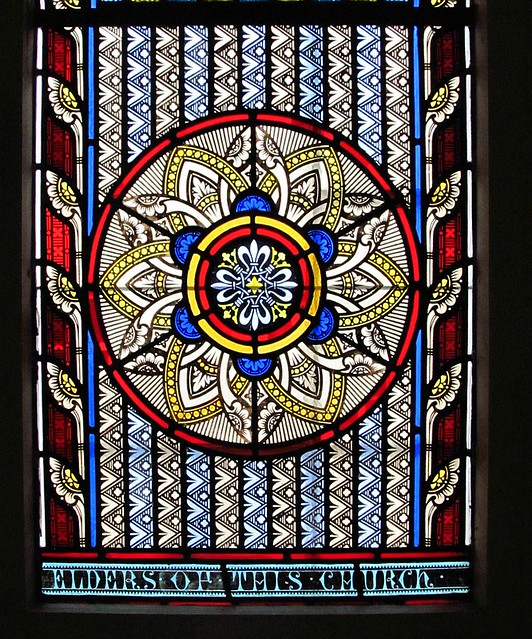 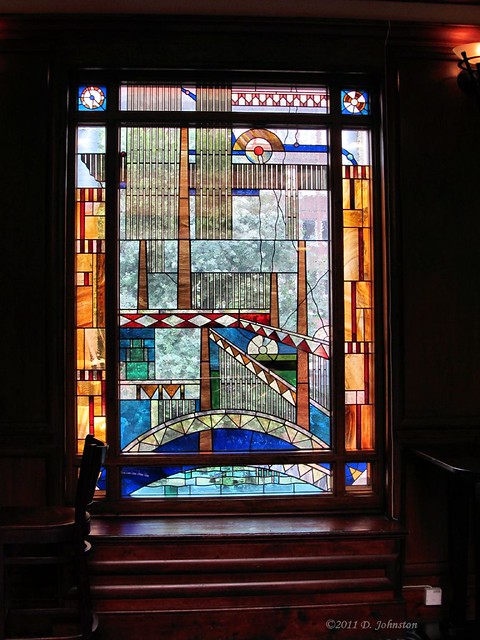 In a pub in Manchester, Moon Under Water. The building used to be a theatre and then cinema and there are still little details like this Art Deco window

In honour of the upcoming journey to Manchester next week, I give you a few photos from the city centre.

This is the square next to the “Triangle” shops (on the right). The building used to be the old corn market. The wheel and sculpture are fairly new and there’s a ground level sculpture/fountain that you can’t see. the new buildings behind the wheel are Selfidge’s and Marks and Spencer, a new flagship store built after the IRA bomb damaged the old one in 1996. Between the damage in this area caused from that (though not one person was killed) and the millenium, the city centre of Manchester has been given quite a facelift.

Manchester’s city centre, the Triangle shops on the right, the Wheel and Exchange square

These were in a window in a shop in the Triangle, taken from the car as we drove by!

On the main street, Deansgate, there’s a pub called Moon Under Water. It’s one of the Wetherspoon’s franchise. They often take old buildings, renovate them and open pubs. This one used to be a movie cinema. It’s a very large pub with an upstairs and large back are past the open area where you come in. Upstairs outside the toilets you will find this lovely stained glass window. There are also framed photos of famous Mancunians including the final photo here of famed fictional characters from the longest currently running television show in the world, Coronation Street and it’s where I’m going to be this time next week!

From Coronation Street, on the air since Dec. 9, 1060. Two of the original characters and arguably two of the most famous. Played by Violet Carson OBE (Ena Sharples) and the late Pat Phoenix (Elsie Tanner)